A series of regular monthly talks that take place normally on the first Tuesday of every month at 11.00 a.m. online via Zoom. A second talk may, on occasion, be organised later in the month

To enjoy the talks you must have access to a desktop or laptop PC, or a tablet or a smart phone loaded with the Zoom app

Registration is recommended to reserve a place

Are stem cell therapies about to revolutionise the treatment of brain disorders, or are they a case of over-promise and under-delivery? Neurodegenerative diseases, particularly those affecting the aged, are probably the greatest area of unmet medical need in the Developed World. Stem Cells have long been hyped as the magic bullet that will cure all. But with no cell therapy yet licensed for a brain disorder, this lecture will try to identify where breakthroughs might lie, and what bogus therapies to avoid.

Jack has worked on brain development and repair for 40 years in commercial, academic and regulatory environments. He was formerly Director of Molecular Neuroscience at SmithKline Beecham Pharmaceuticals, Head of the Division of Advanced Therapies at the Medicines and Healthcare Products Regulatory Agency, Director of the UK Stem Cell Bank; and is currently Professor of Developmental Neurobiology at the Institute of Psychiatry, Psychology & Neuroscience, King’s College London. Jack is a member of CEDu3a.

Tuesday 26 October 2021
Stella Dadzie: A Kick in the belly: women, slavery and resistance 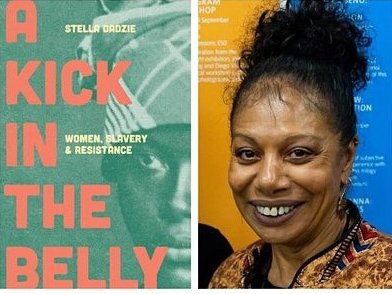 Stella Dadzie’s book A Kick in the Belly explores the hidden ‘herstory’ of enslaved women and the central role they played in their own emancipation. Published last year, it is both an accessible read and a fascinating insight into black women’s lived realities in the British West Indies. From their small, surreptitious acts to overt rebellion, women shared every inch of the journey from slavery to freedom. Sign up to hear the author explain why the book is so important to our understanding of this dark chapter in Britain’s history, and its relevance to some of the key issues facing us today.

Stella Dadzie is a published writer and historian, best known for The Heart of the Race: Black Women’s Lives in Britain which won the 1985 Martin Luther King Award for Literature, and was re-published by Verso in 2018 as a Feminist Classic. Her latest book A Kick in the Belly: Women, Slavery & Resistance was published by Verso in October 2020. She is a founder member of OWAAD (Organisation of Women of African and Asian Descent), a national umbrella group for Black women that emerged in the late 1970s as part of the British Civil Rights movement. She was recently described as one of the “grandmothers“ of Black Feminism in the UK, and her personal archive in Brixton‘s Black Cultural Archives is one of the most visited by researchers and scholars. Her career as a writer, artist and education activist spans over 40 years.

Recordings of many of the talks are available to members who email cedu3a@gmx.com. Please include your membership number in your request. A file will be send for download via the file-sharing service WeTransfer.

This file should be downloaded within seven days of receipt,, after which it will not be accessible. Your timely action will save you sending another request and our CEDu3a volunteer of having to go through the rigmarole of sending you a replacement link.

Also available
Talks given to the the 1960s and 70s Group