Christmas in the 1960s. All wrapped up 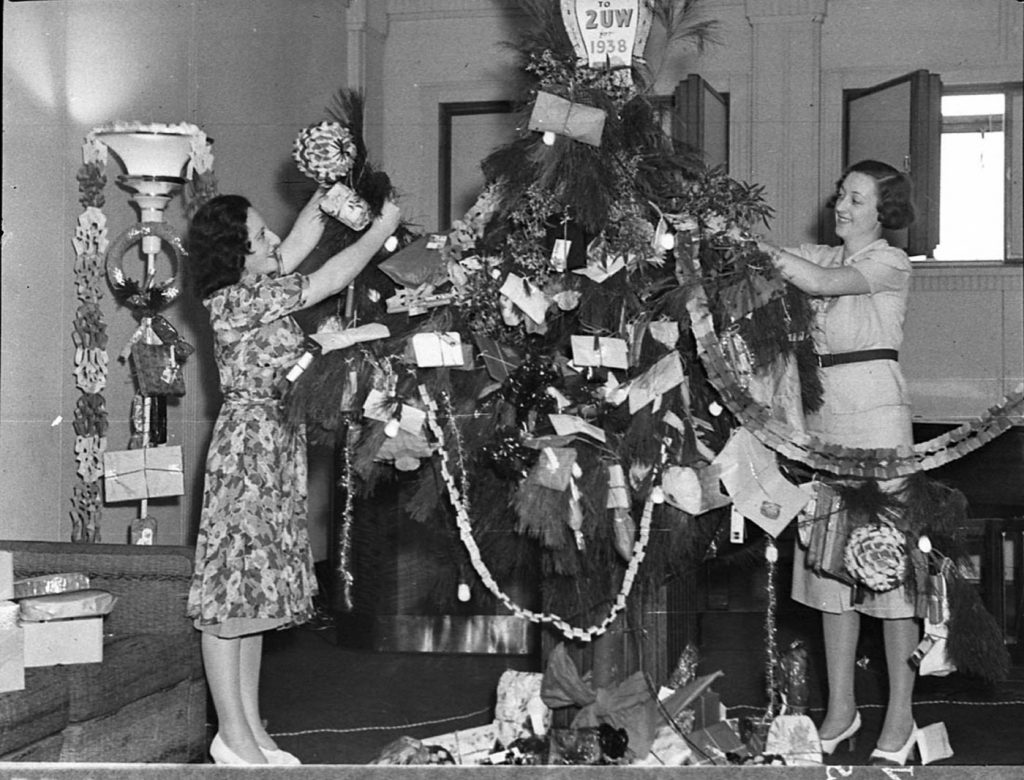 The group welcomed another new member, Vivienne, and she joined us in remembering our Christmasses half a century ago. Stephen started the discussion by recalling Christmas in Yorkshire, his enduring excitement, the family traditions, the decorations, the presents, the food and drink, the entertainment and, of course, the thank-you letters which had to be completed on Boxing Day. Carl gave a presentation on the top toys and games of the 1960s featuring Barbie and Ken, Sindy and Action Man, Dinky Toys and Scalextric and who could forget such classics as Spirograph, Viewmaster and Etch a Sketch? Not us, certainly. John talked about being a young father in North London and how having young children rekindled his enthusiasm for the festive period.All in all, it was a splendid way to end our 2018 sessions. 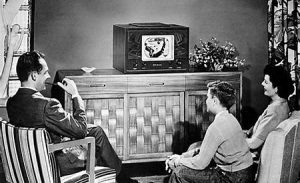 Top Cat, Tom and Jerry, Captain Pugwash, The Saint, Danger Man, The Man in The Suitcase, The Man from UNCLE, Hughie Green, Michael Miles and Bamber Gascoigne were among featured in the second part of the group’s remembrance of Sixties television.

There were three presentations: Carl took us again into the world of children’s programmes, from Hanna and Barbera’s Top Cat (based on the Phil Silver’s Show) to Eric Thompson’s Magic Roundabout, originally a French programme, a surprise to most of the group. Nicci talked about her most remembered detective, spy and action series, recalling particularly Thursdays as the best night for TV: Top of The Pops followed by The Man from U.N.C.L.E, aka The United Network Command for Law and Enforcement, fighting the evil worldwide organisation T.H.R.U.S.H aka The Technological Hierarchy for the Removal of Undesirables and the Subjugation of Humanity! Stephen’s chosen topic was about quiz shows. After the BBC’s demure entertainment of panel shows like What’s My Line, we could, thanks to commercial television, share with the studio audience all the fun and excitement of Double Your Money, The Golden Shot, and Take Your Pick. The programmes appeal was enormous and enduring, as was the more cerebral University Challenge. It made stars of their Hughie, Bob, Michael and Bamber, and their catchphrases are still fondly remembered today.

At the December meeting, we will be recalling Christmas in the Sixties – the anticipation, the excitement, the traditions, the decorations, the presents, the food and drink, the entertainment and so much more.

The group welcomed four new members to this latest monthly meeting. We started with a discussion about the impact of TV in the decade, the growth of commercial channels and the response of the BBC in terms of programming and the launch of BBC2. For the first time, historic events were beamed into the home from the Churchill’s funeral to the first man on the moon. By the end of the decade, the world of TV had become a more colourful place.

Carl introduced us to the animated world of Supermarionation, a technique pioneered by Gerry and Sylvia Anderson at the start of the 60s and last used in 1969, on ground breaking series including Four Feather Falls, Thunderbirds, and Stingray, which was the first in colour.

Life at the BBC in the ‘60s was the next topic, working alongside the likes of Jack de Manio, Cliff MIchelmore and Monty Modlin, and of being in Portland Place when news broke about the Soviet invasion of Czechoslovakia in 1968.

Graham then lightened the mood recalling his time working in advertising agencies in Swinging London, and of the TV commercials and their catchphrases from then which are still remembered now. Commercial advertising was the training ground for a number of top cinema directors including Ridley and Tony Scott, David Puttnam and Alan Parker.
The time flew by and the conversation flowed unabated, as we recalled the stand-out programmes and the impact that television had on our young lives. So much so that we agreed to continue the discussion next month by looking at particular categories of programming from quiz shows to pop music, soaps, current affairs and drama. We are also planning to have a “Tell & Show” display of TV memorabilia!

The September meeting had a guest speaker to lead the session. Chris Boffey has enjoyed a long and notable career as a journalist in Fleet Street working on the Telegraph, Observer, Sunday Times and Guardian. His entertaining talk was enlivened with anecdotes of when newspapers were enormously powerful and the owners were national celebrities. He compared those times with what we have today: lower circulations, the legacy of the Leveson inquiry, online alternatives with fewer checks & balances as to the veracity of the content. 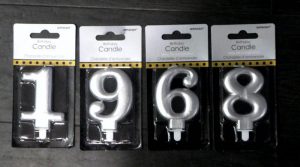 Four group members gave presentations on topics that resonated with them from the period.

Firstly, Andy talked about race and immigration in the 1960s, examining the key legislation from the British Nationality Act (1948) up to the Equality Act of 2010. We considered the issues raised and a lively discussion ensued.

Next came Nicci who talked about the Grosvenor Square Riots. Her approach was refreshingly different: she read verbatim reports of those there to capture to the passion and hostility. It echoed Jackie’s reading of her cousin’s recollections from time in Paris in 1968 that she read last month. Nicci laid to rest the idea that it was Stephen Hawking marching alongside Tariq Ali and Vanessa Redgrave in one of the much-published photos from the demo in that brief time of history!

Carl, after his monthly meeting talk that morning, focussed in the afternoon on Vietnam and presented the background and the aftermath of the Tet Offensive, a pivotal moment of the war that took place in early 1968.

Finally, John talked knowledgably about the fluctuating fortunes of the Labour party in the 1960s and the meeting was rounded off with a 1968 themed quiz, the prize for which was a bulging bag of pear drops, described by one group member as “not just redolent of the Sixties, but a veritable time machine, transporting the lucky winner back to that age warmed by the white heat of the technological revolution”. 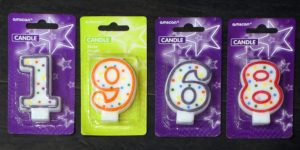 This, the third monthly meeting of the group, was again a well-attended gathering, to which we welcomed two new members, Tammy and Charles.

We started with Jacki Reason reading us an account from Jenny, her cousin, of her time as a young university exchange student in Paris in 1968. It was powerful and compelling, bringing to life, fifty years on, her fear and curiosity of living in, and through, historic times.

John Hinshelwood then led a session on “May 1968: Precursors, Events and Legacy”. This was a sparkling and enjoyable discussion, in which key events were recalled and we recognised the convenient temptation to say that the reasons behind them all, around the world, were somehow linked, whereas perhaps what they really had in common was the unprecedented willingness of the people to take on the “Powers That Be” and challenge the status quo.

We finished with a “Name the Face” picture quiz. The prize, a nostalgic mouth-watering tube of “Giant Parma Violets”, was shared among the group … it was that kind of day! 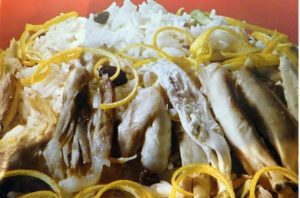 “Food and drink in the 1960s” was the theme for our second group meeting on 10th May. Roslyn’s introductory overview was followed by members enthusiastically recalling and discussing aspects ranging from home cooking and family meals, the impact of fridges and freezers, eating out, package holidays’ new exotic tastes, the abolition of RPM and the growth of supermarkets, the decline of door-step deliveries, shopping locally, new products from around the world and convenience foods. No longer did shopping have to be done daily nor everything cooked from scratch. Recipes in magazines, newspapers and books were introducing new and exciting dishes. Who, even now, can look at the photo of Chicken with Rice (above) and not feel a shudder of excitement?!

A journey into the known

The first group meeting was on Thursday 12th April at the Union Church. There was a splendid turn-out, fifteen of us sitting round a large table upon which were displayed treasured memorabilia from the 1960s brought by the group members as requested. The display included records and concert programmes, autograph books and photos, menus, a Biba dress and two splendid ties. The conversation was animated and informative. We had all been there in the 60s but our personal recollections varied widely and richly.