“Outings Group was fortunate … to get a guided tour of its interesting Writing in Times of Conflict exhibition … and also get offered free items usually sold, e.g. tote bags and pencils. Over 100 items on display across four themes, e.g. writing for peace, writing in protest etc. The library has been given some fascinating items including ephemera such as posters (Troops Out movement, etc). The most chilling to me was the Nazi Black Book, compiled from microfiche found by the Americans in 1945, listing all the people to be targeted and taken out following invasion of Britain.” – Roslyn Byfield, Group Convener.

“A large group of Outings Group members came here … and had a private tour of the Medicine Man exhibition, followed by viewing the other exhibitions and lunch. It’s a great achievement how Sir Henry Wellcome, pharmaceutical entrepreneur who invented the pill press, amassed so many objects, of which only a percentage can be displayed. I was very pleased in the play exhibition to see examples of psychoanalyst Donald Winnicott’s ‘squiggle’ drawings, from which he deprived information about the child’s internal world.” – Roslyn Byfield, Group Convener.

Culture Under Attack at the Imperial War Museum

Another well-attended visit for Outings Group. The Culture Under Attack trio of exhibitions are well worth seeing and highlight key issues around the meaning of the destruction of a people’s culture, the attack in identity and when key monuments are destroyed how and in what form should they be reconstructed? Moving film clips of Isis fighters smashing up priceless statues and of the National Library of Bosnia on fire.

To Fulham Palace for a guided tour. The former home of the Bishops of London for centuries, this Tudor, Georgian and Victorian palace fell into disrepair before being rescued by Heritage Lottery grants and much hard work by staff and volunteers. This was all precipitated by the accidental discovery of a Rococo ceiling hidden behind a false one. The chapel and amazing walled garden are not be missed. The garden was designed by Bishop Compton who brought a thousand species of plants from his travels.

The Sacred Year 1919: Women and the Professions exhibition at the London School of Economics

Writing : Making Your Mark exhibition at the British Library 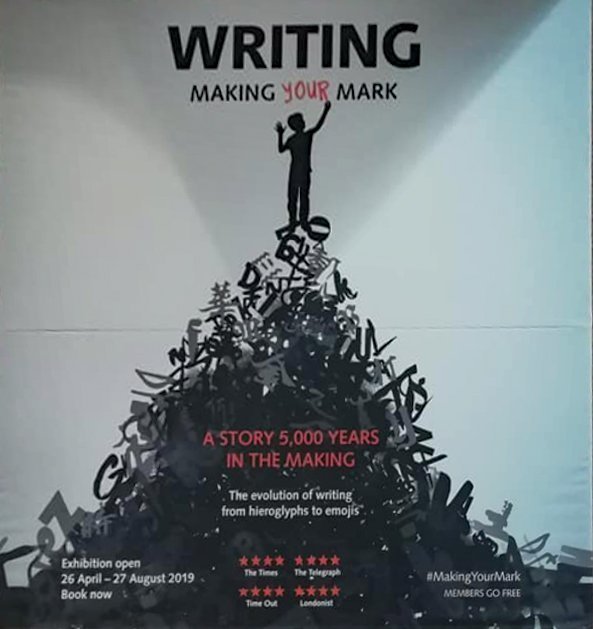 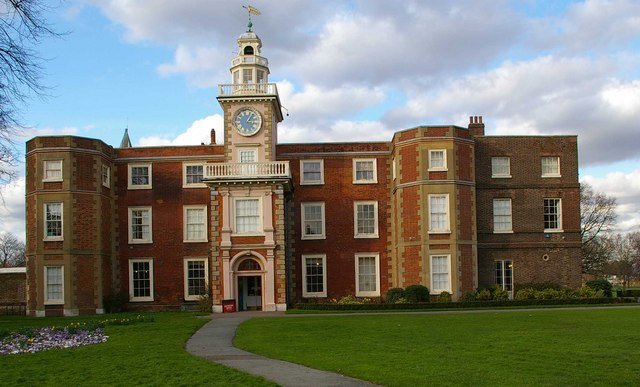 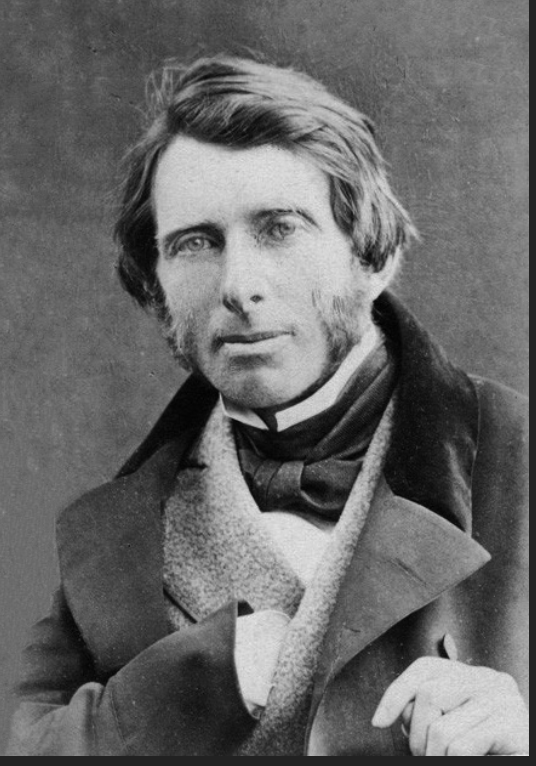 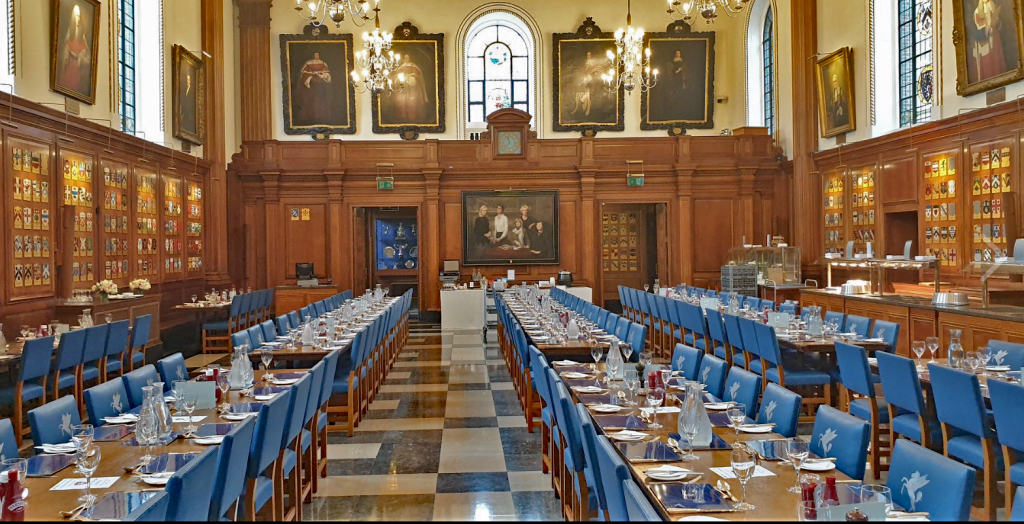 As part of our tour of the Inner Temple we visited the Masters of Bench (Benchers) drawing room where we were served tea or coffee (in Wedgwood china) and biscuits and were treated to a wonderfully informative talk about the history and operation of the Innner Temple by Membership & Records Assistant, Jacqueline Fenton. She showed us the original voting box used by the Inner Temple. To vote a member put their marble in the hole and dropped it either left, for Yes, or right, for No in a secret ballot. Then the marbles were counted out of the drawers. The saying lost their marbles comes from this, when a person lost the ballot. After the talk we had a tour of other rooms in the building. The building, and the surrounding area, were badly damaged by bombing in the war and was rebuilt to match the original.nThe most impressive room we saw was the huge dining room, laid out for lunch, with coats of arms on the walls, beautiful stained glass and a wonderful silver collection. Unfortunately, because a memorial service was taking place, we were unable to visit the 12th century Temple Church. 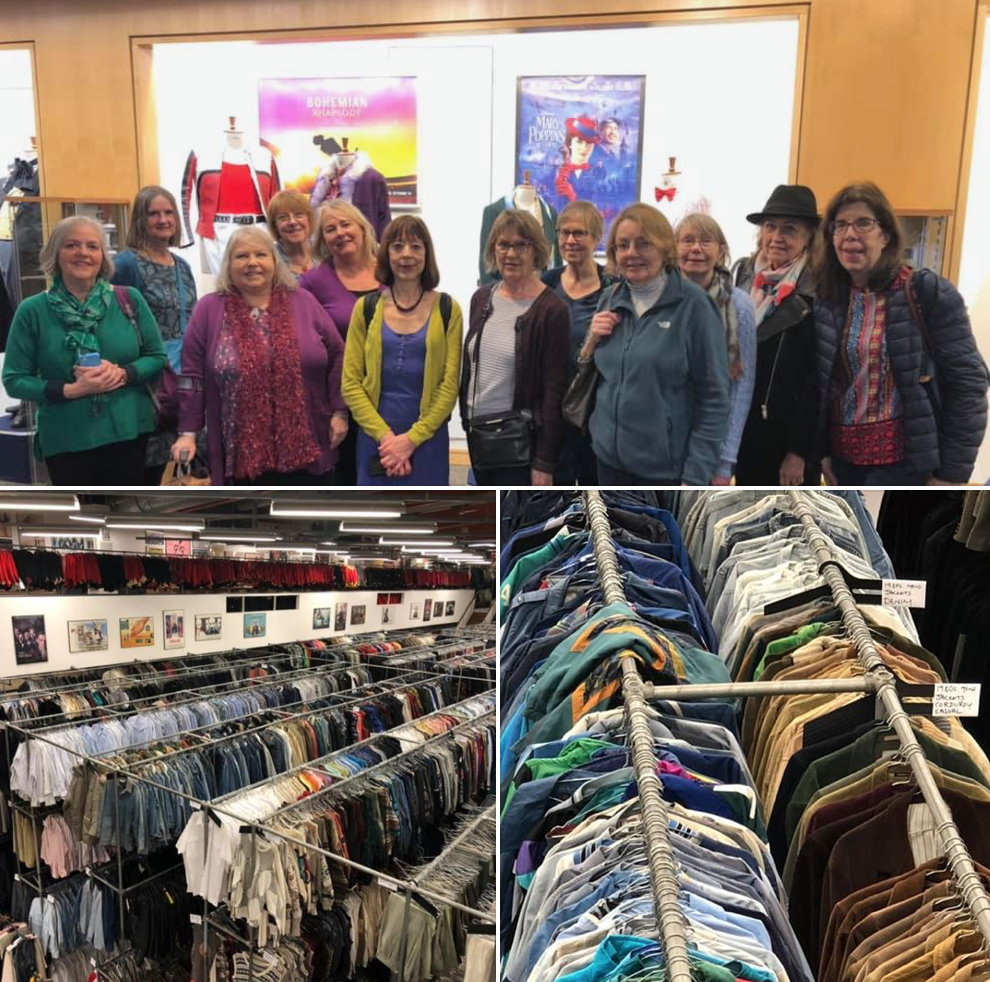 An intrepid group of Outings Group members ventured to the wilds of Hendon to visit Angels Costumes (thanks to Maggi Hutchison for suggesting it). They’re the main costumiers in the business, servicing the film, tv and theatre industries and this family firm has been in business since 1840, counting one Charles Dickens among their customers. We were taken to various departments, meeting several longstanding members of staff, and learned much from our ebullient tour leader, Mark, which turns traditional thinking upside down. One example was the common supposition that costumes had to be kept in a pristine state, but this isn’t the case as quite often the costume designer working for the production needs tat. Also the use of metal hangers, which goes against the received wisdom of padded/wood being much better for garments. But the the bottom line dictates metal, so more can be packed into the thousands of rails we saw from the upper floors. They’re not allowed to talk about current productions they have customers working on, except if they’re in the public domain, like the film Stan and Ollie, which was one of the only three photo opportunities allowed. Altogether a fascinating tour and one, which guarantees (if we didn’t already) that we will look at costumes a bit more closely from now on! 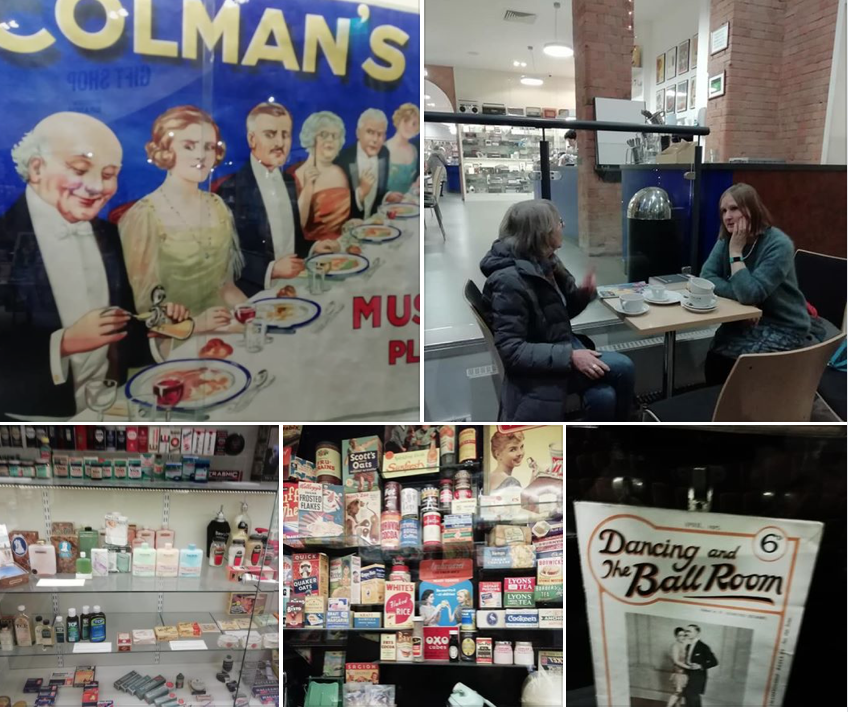