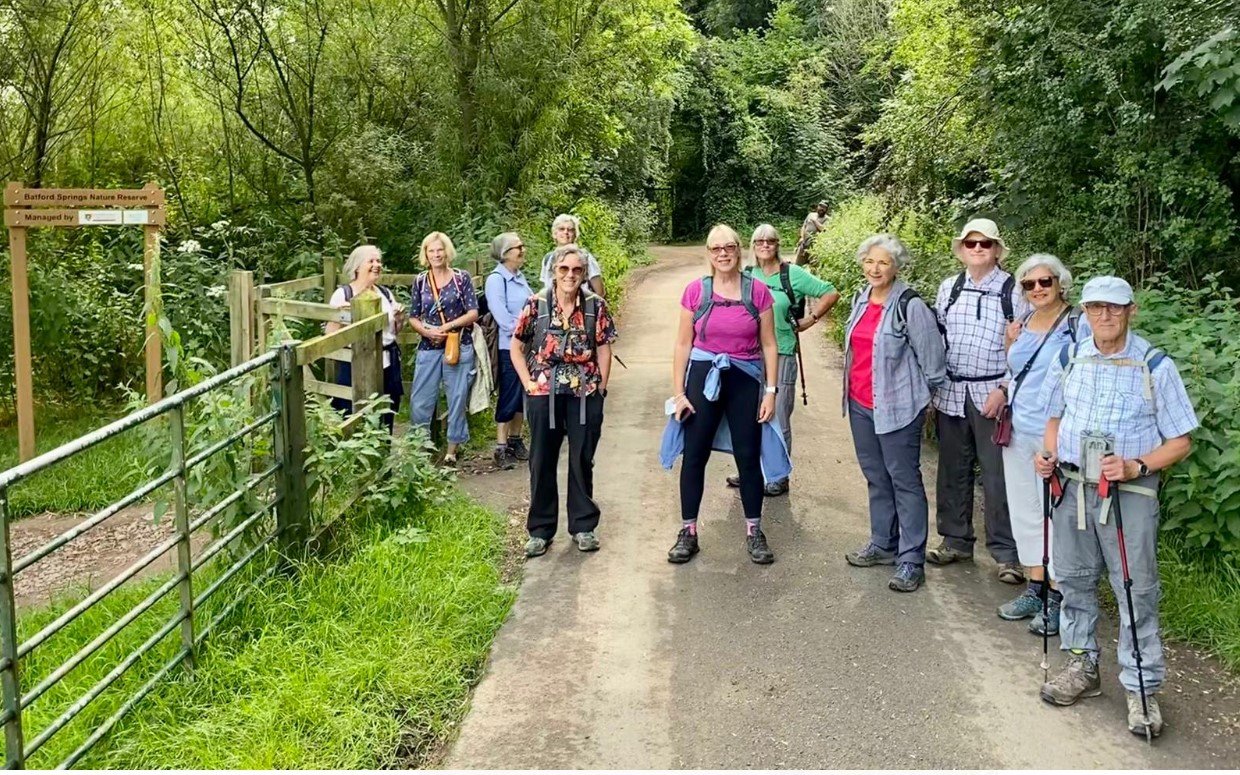 Leaving the station at Harpenden Station we followed residential streets, until we reached our last ending point at the gate to Batford Springs Nature Reserve. As we turned into the reserve we immediately had the River Lea to our right and horses grazing beyond in an open field. Those who looked up also saw some red kites flying. As we continued along the river we came upon some 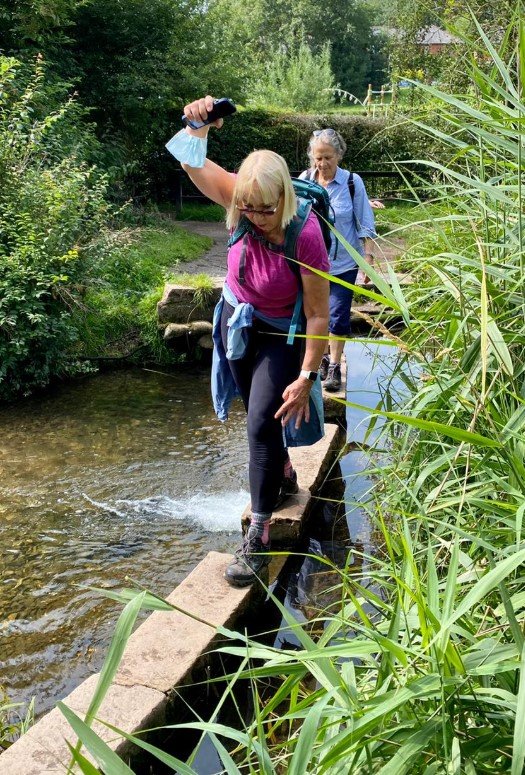 stepping stones which some of us lightly and deftly stepped upon to cross the river, while others took the long way around. We were met by a brook, a number of weirs and adults and children paddling and playing in the shallow water. After leaving the reserve, we walked through a field and soon reached the shady portion of the path along a disused railway path with distant views of the River Lea to our right, trees all around and, for a lucky few, some lovely goldfinches. After passing a pub with a sign supposedly inspired by Laughing Cow Cheese we soon reached our slight detour to East Hyde. We sat in the grounds of a beautiful distinctive Greek Orthodox Church enjoying our lunches and warm temperatures. 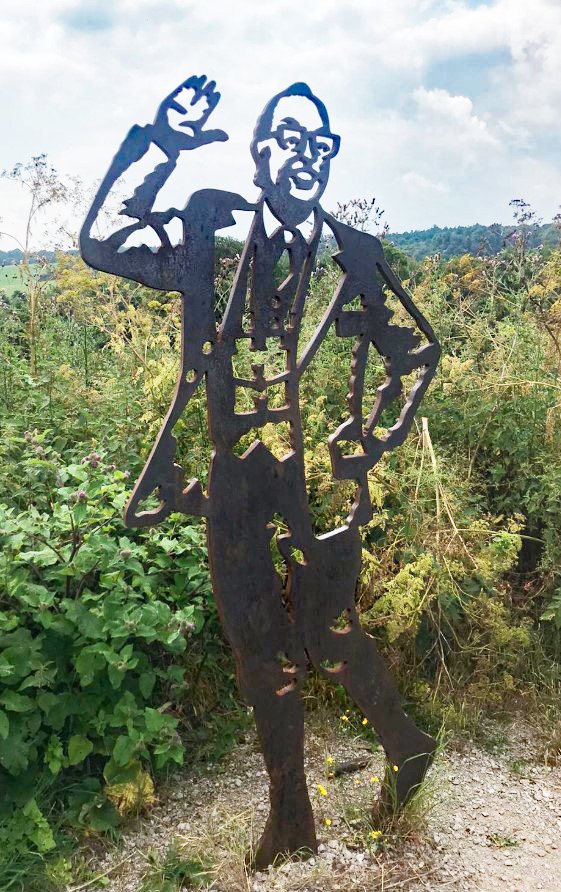 After relaxing, we once again returned to our peaceful path, soiled only by the sewage works plant, but it was only a slight disturbance. The path then ran gently uphill until we caught a quick view of Luton Hoo in the wooded distance. At the top of the hill we enjoyed the great silhouettes of Eric Morecambe, Capability Brown, who landscaped Luton Hoo and a scout. After enjoying the views and a refreshing cold drink, we returned to our path and quickly found ourselves at Luton Parkway Station for our way home. 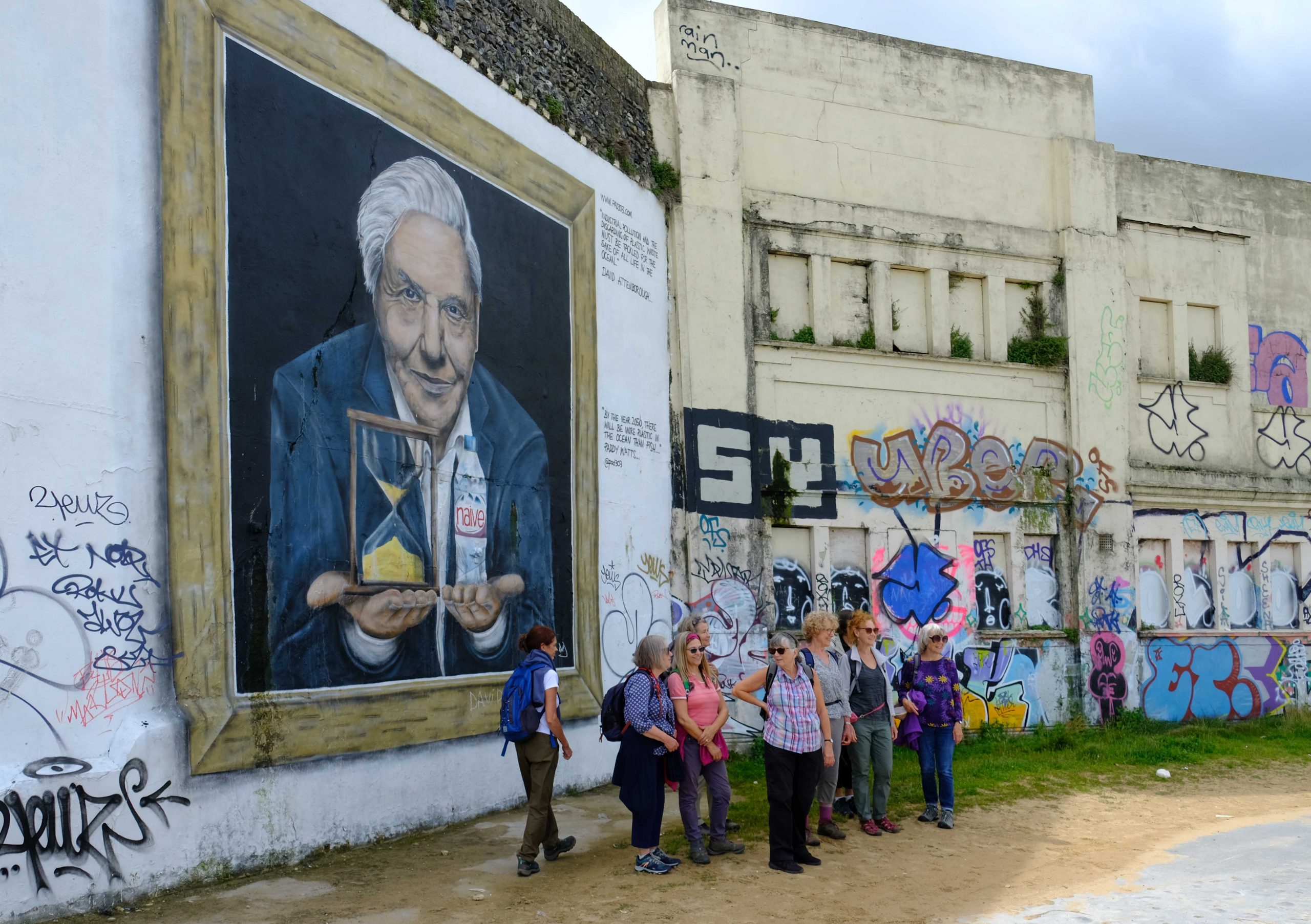 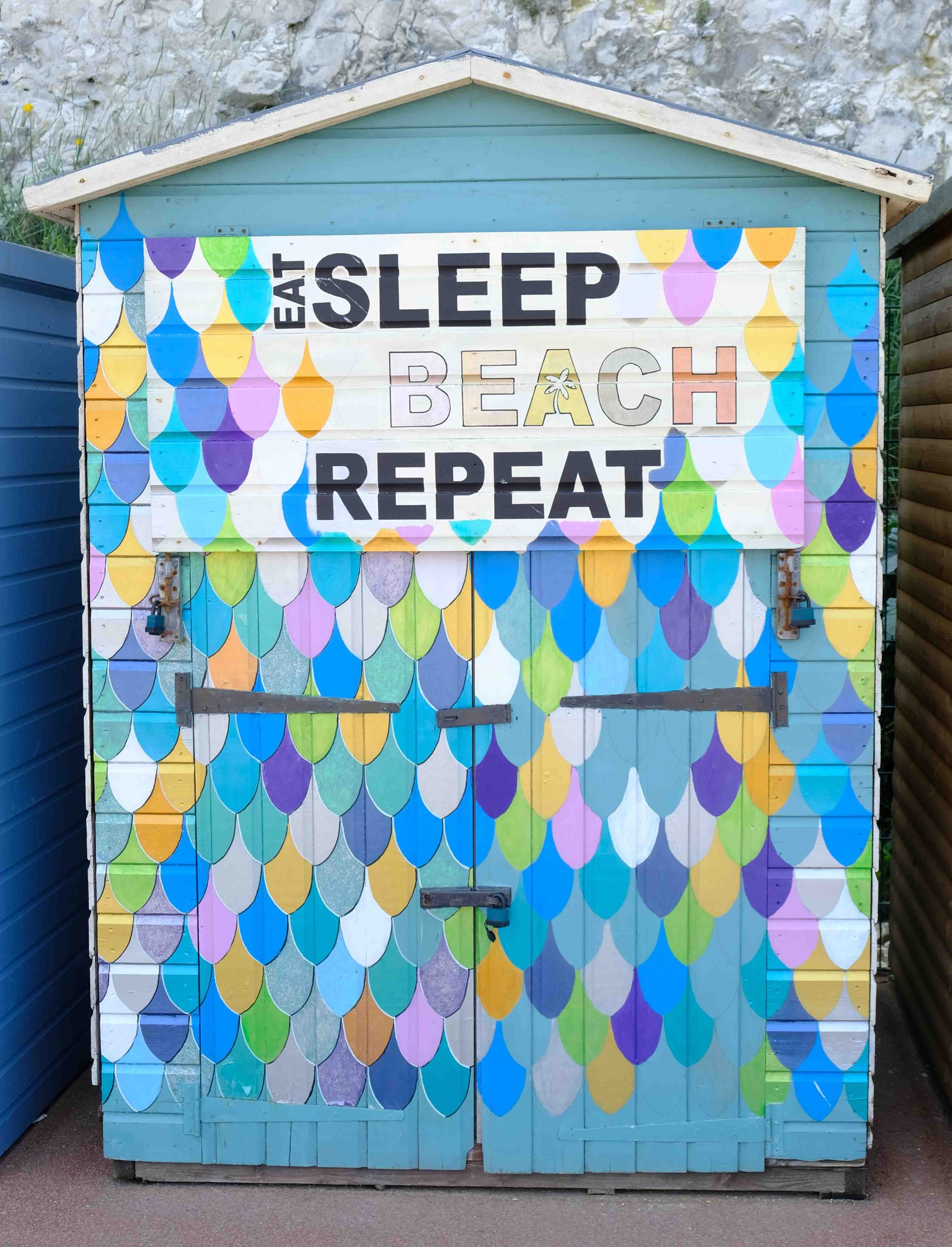 This coastal walk, on a mercifully sunny day after so much unsettled weather, was full of surprises, including the recent appearance of a David Attenborough mural, with its message about the perils of plastic waste, imaginatively painted beach huts, and an 18th century castle. 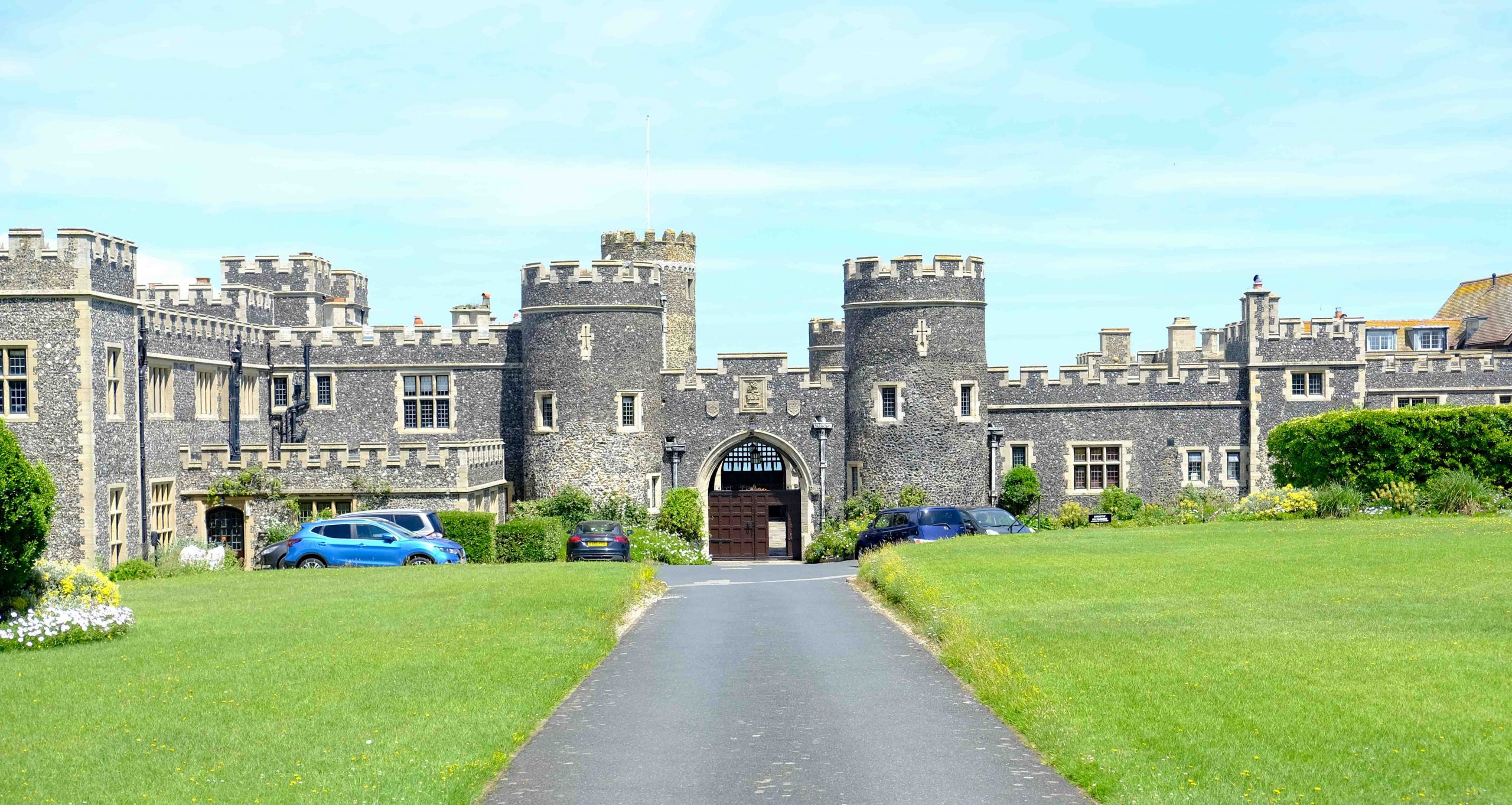 Resisting the temptation to sample the delights of Dreamland, we began our walk round the bay past the Turner Contemporary. Passing the listed relics of Cliftonville (the baths, the lido and an Art Deco lift shaft), we followed a series of bays on the Viking Coastal Trail, each offering splendid views of chalk cliffs and beaches.

We stopped for lunch on the beach at Joss Bay, observed by a number of expectant but ultimately disappointed herring gulls. Little did we know that their colleagues were to exact swift revenge when we reached Broadstairs : ice-creams were bought but before they could be enjoyed they were swooped upon and consumed … behaviour you would surely expect at Brighton or Whitley Bay, but genteel Broadstairs? Shocked, we resumed our walk into Ramsgate, up a high street with more empty shop premises than occupied ones to the station where a platform notice warned passengers that seagulls have been known to take passengers’ food. We do love to be beside the seaside! 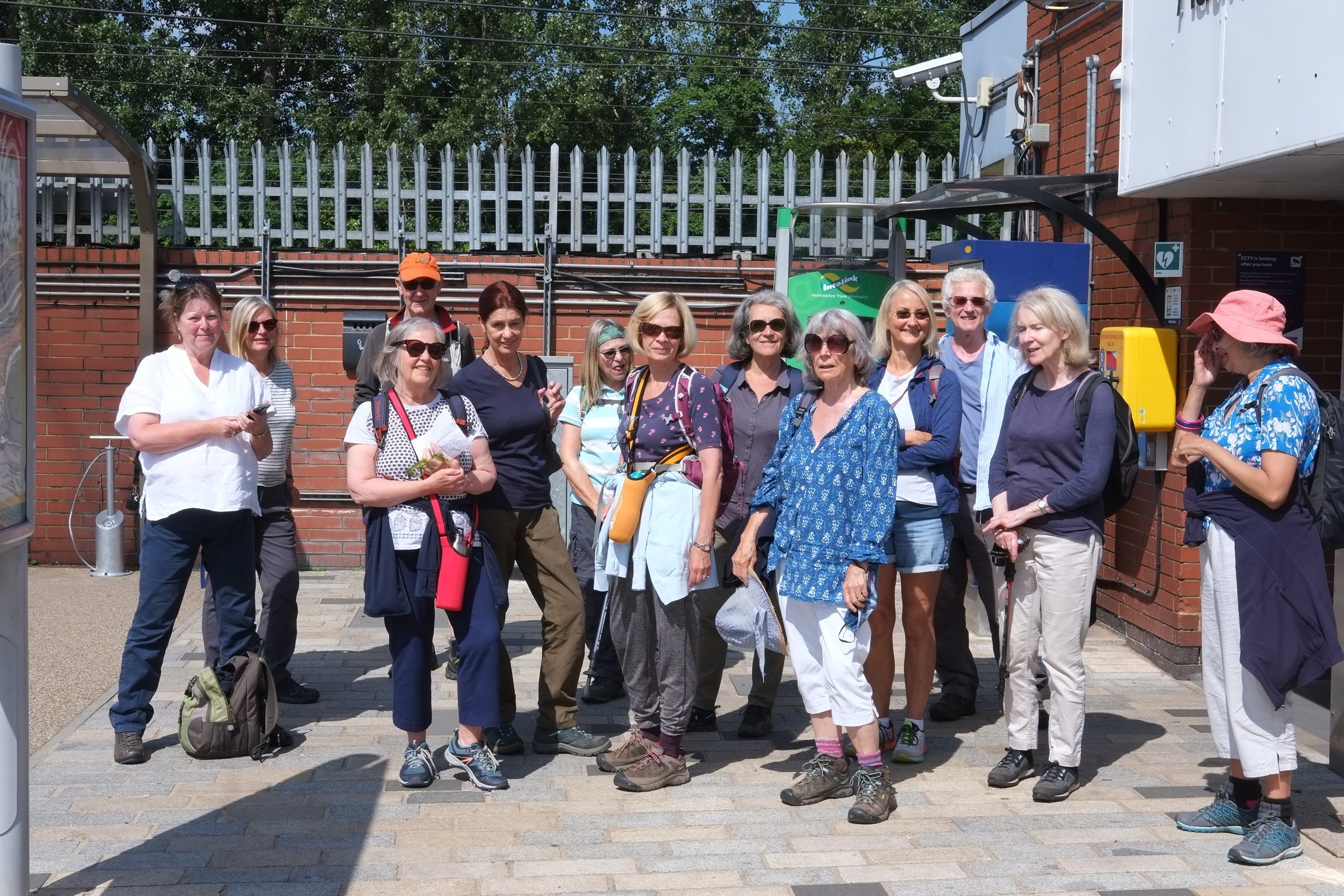 The problem with the Hatfield to Harpenden section is the distance from the stations to the start and end of the walk. At Hatfield there is a walk by the side of a very busy road, and to reach the station at Harpenden there is a considerable walk through residential streets of this dormitory town. But the attractiveness of the walk compensated for this in no small way … and in contrast to the previous section (Hertford to Hatfield), we were able to follow the river more closely.

Blessed with splendid sunshine after a period of dull and rainy weather, it was not long before we entered Stanborough Park. The park’s lakes are its most appealing features, and must be very fertile considering the numbers of expectant anglers that we passed en-route (has anyone seen an angler actually catch anything?) and the sheer numbers of ducklings and goslings (one family of ten!) by the visitor centre.

On then to the village of Lemsford, where we stopped to admire the Mill, under which the river rushes. 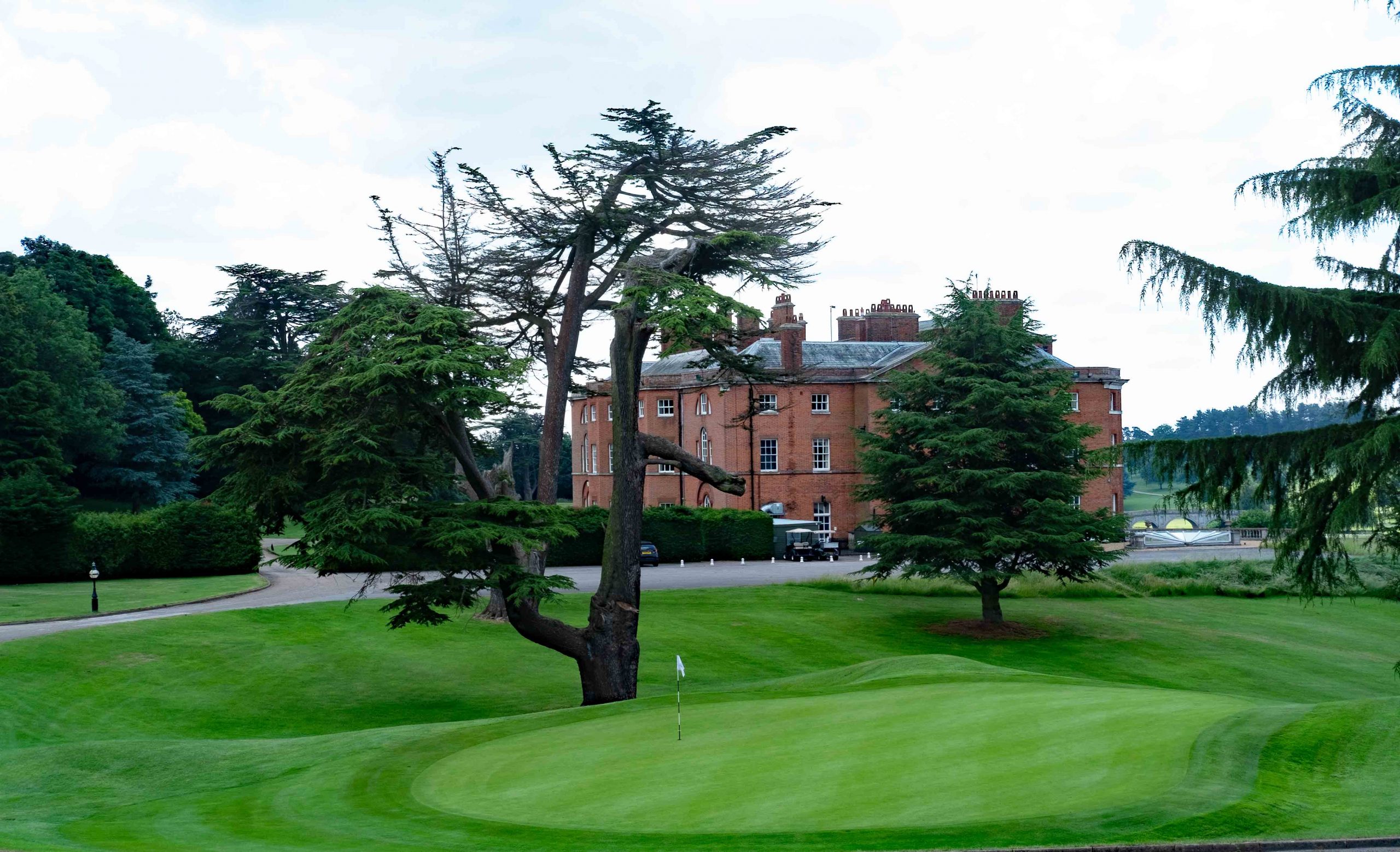 Veterans of these walks will have passed through many a golf course, but few are as attractive as the one on the Brocket Hall Estate. A feature of this estate (very much private!) is a large picturesque lake fed by the river, complete with an 18th century Grade II* listed bridge, unfortunately damaged in 2018 after an altercation with a golf buggy. How we respect our heritage! 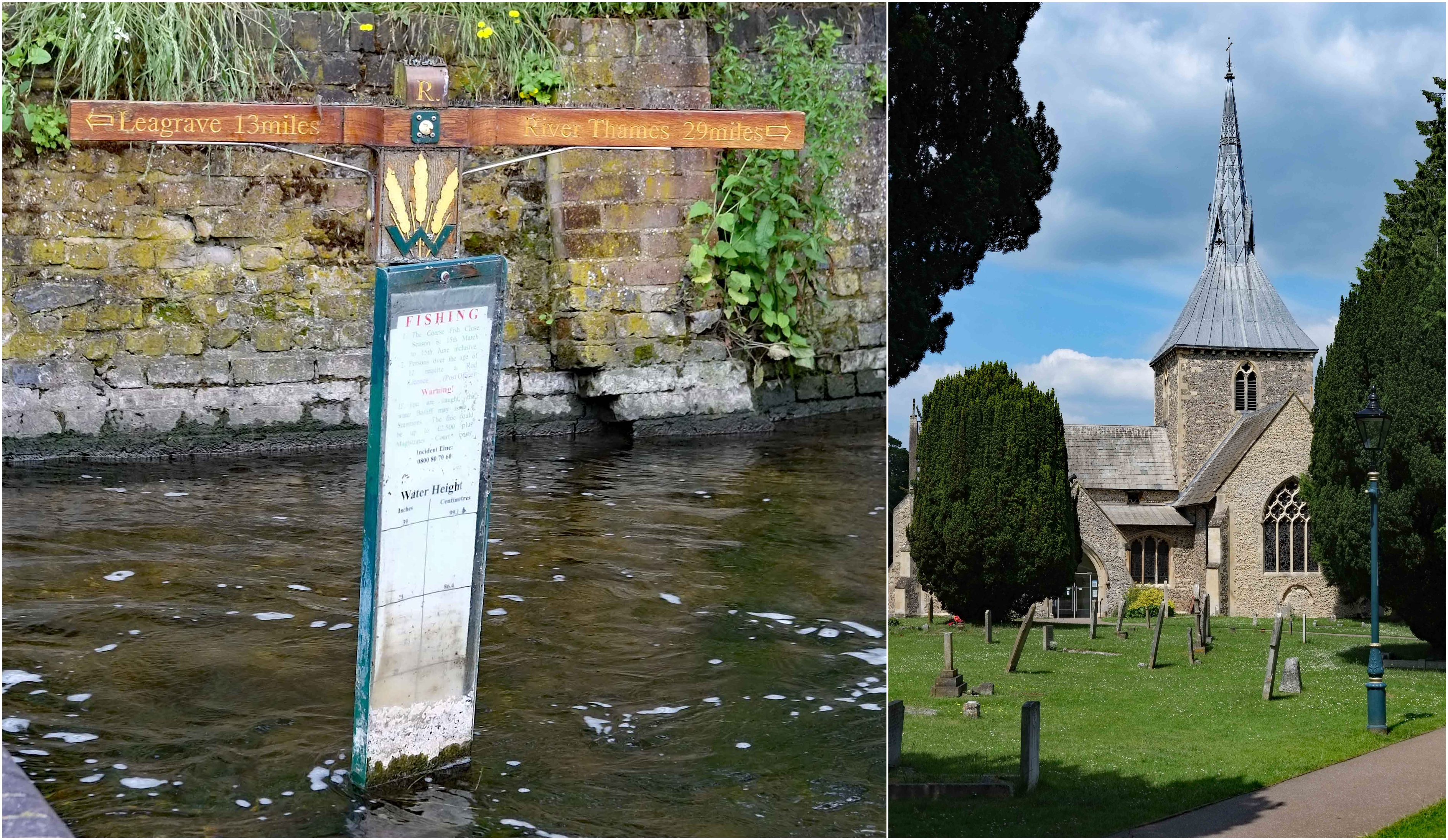 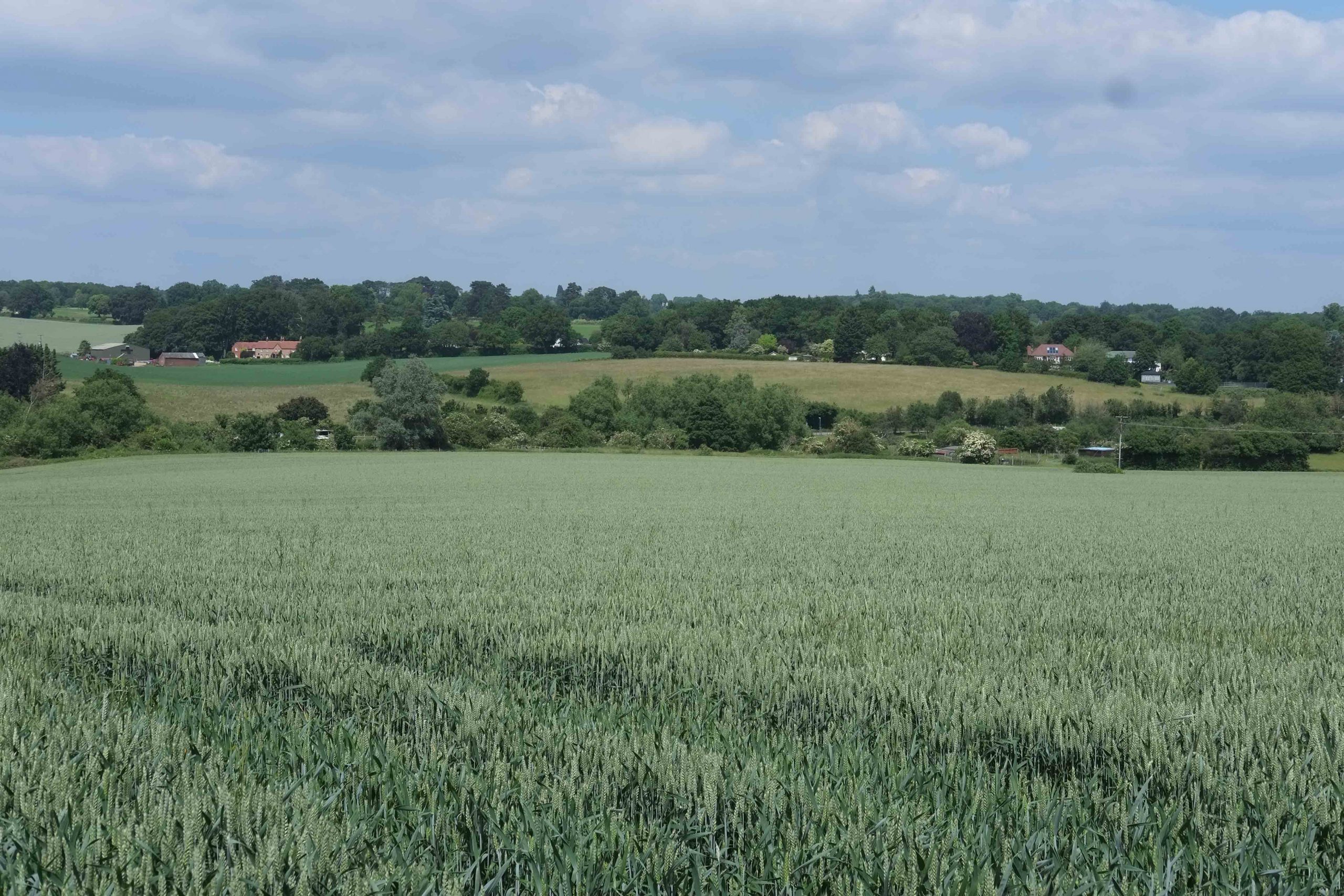 After walking through a series of healthy looking green wheat fields (perhaps, in previous times, destined for the Shredded Wheat factory in Welwyn Garden City), we reached Crabtree, the curiously 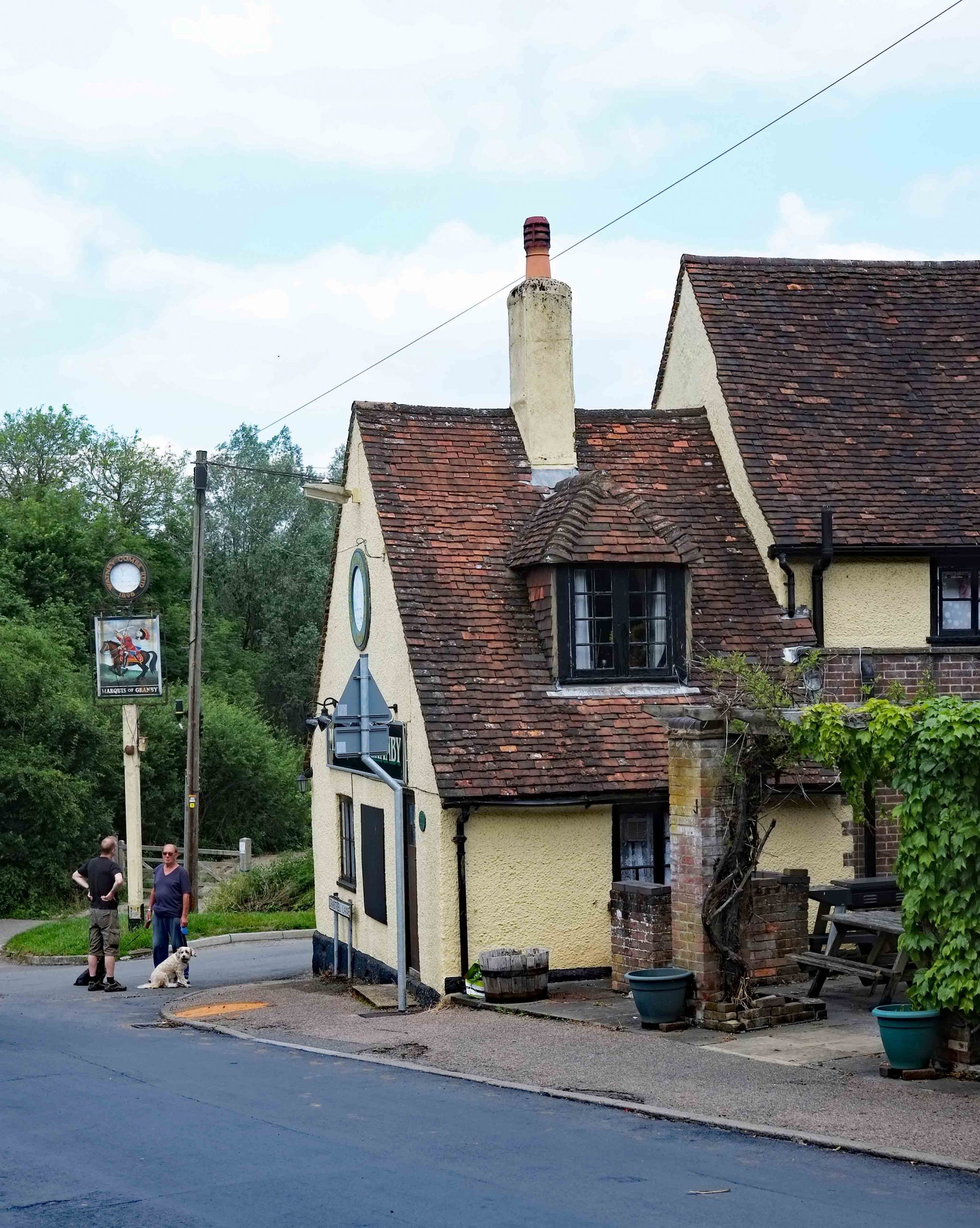 named suburb of Harpenden, which appears to have an obsession with the Marquis of Granby (a pub, with an old Watney Combe Reid brewery plaque, and surrounding roads named after him, and a really quite unattractive church. We shall resume our acquaintance with this area when we return for the final section of the Lea Valley walk. 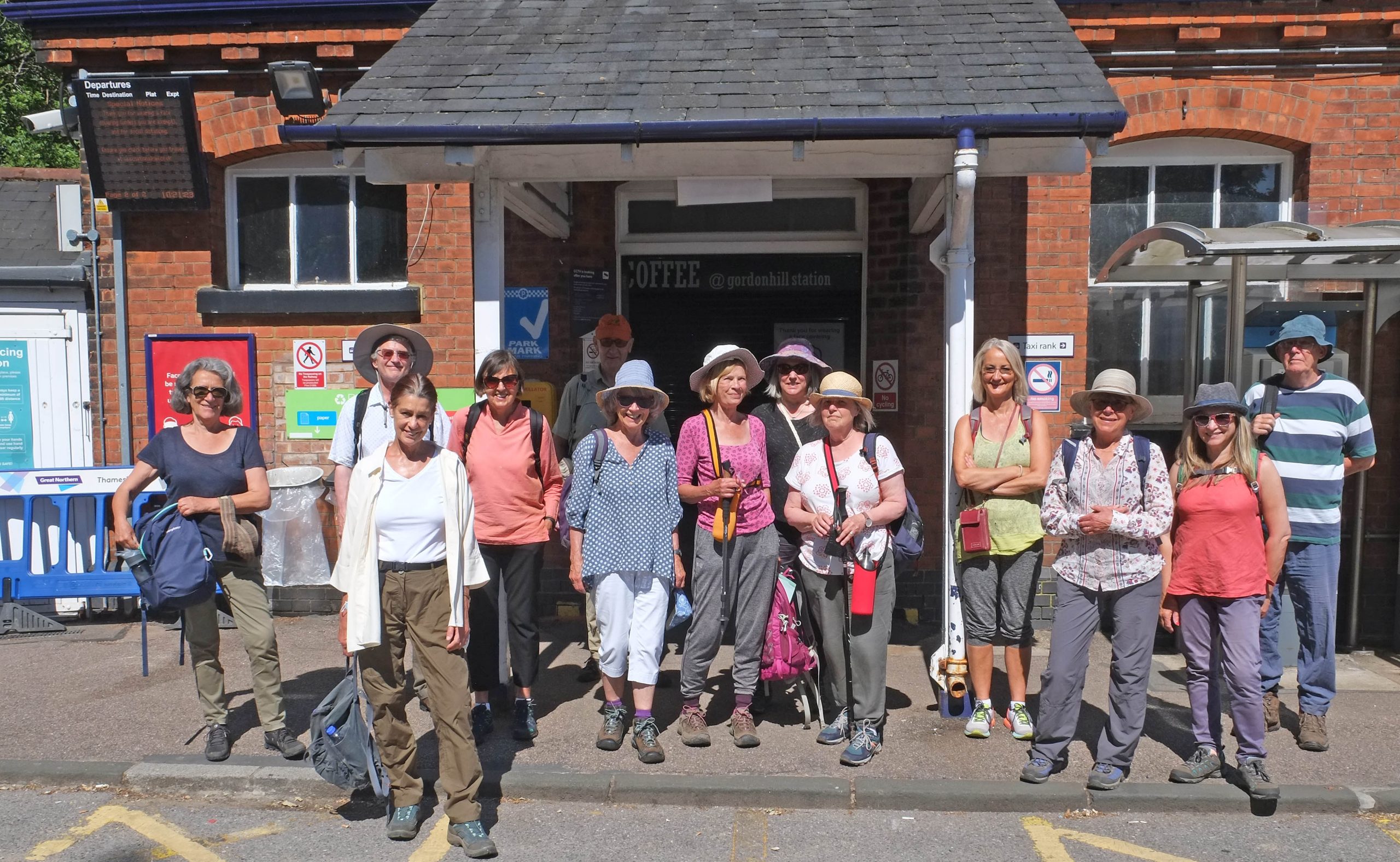 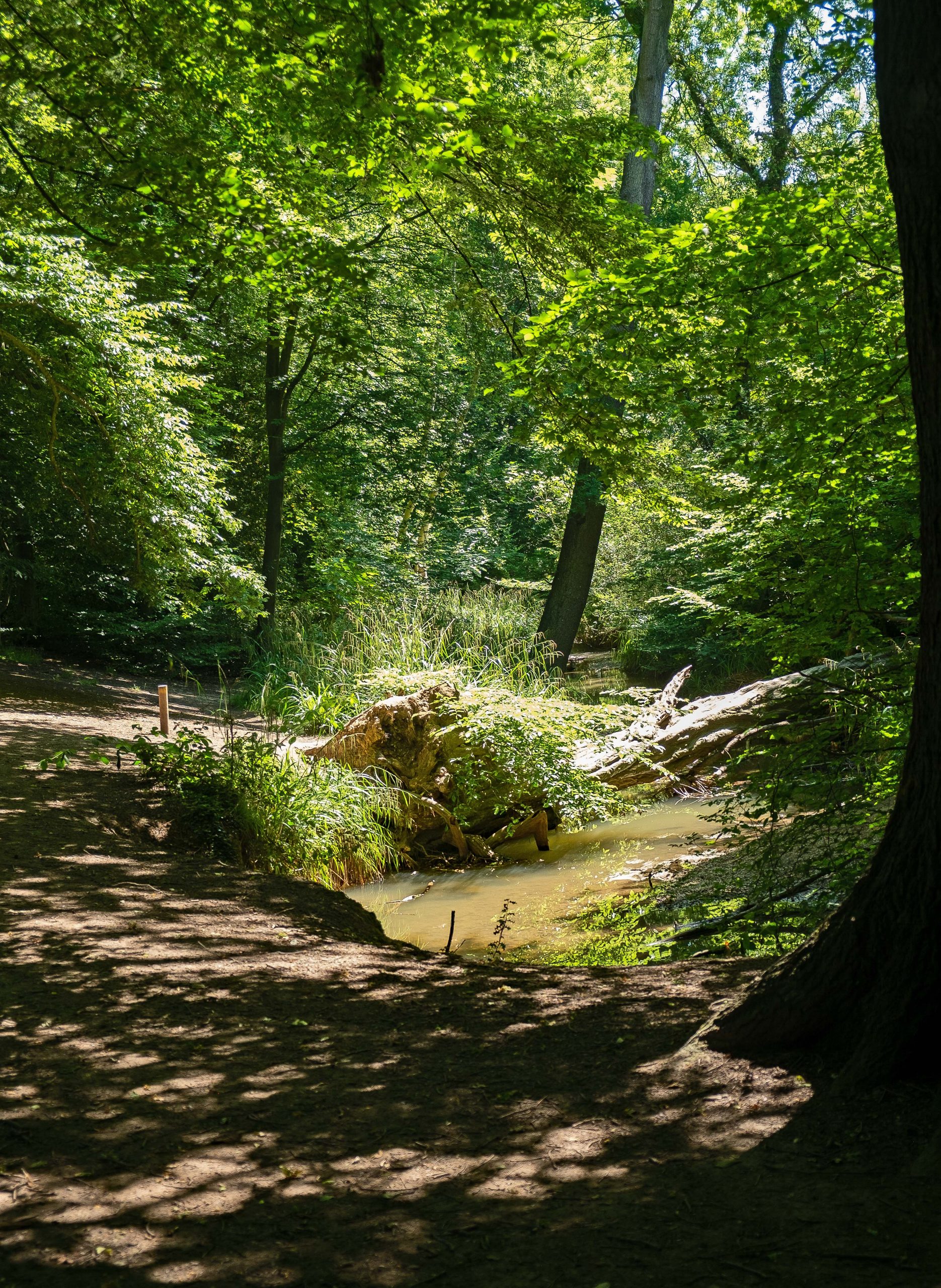 Our second outing of the Gordon Hill circular came a week earlier than planned due to the hot weather and bright sunshine. We were due to walk a long and very open section of the Lea Valley, but decided to bring our Gordon Hill walk forward and take advantage of the shorter and much shadier walk. After leaving the station we took a quick walk around the cemetery to enjoy the lovely pine trees and peace and quiet. We then crossed to Hilly Fields Park and walked through to Whitewebbs Wood. The wooded paths were much appreciated, especially on our second walk, and many walkers were introduced to a wood they had never before seen! 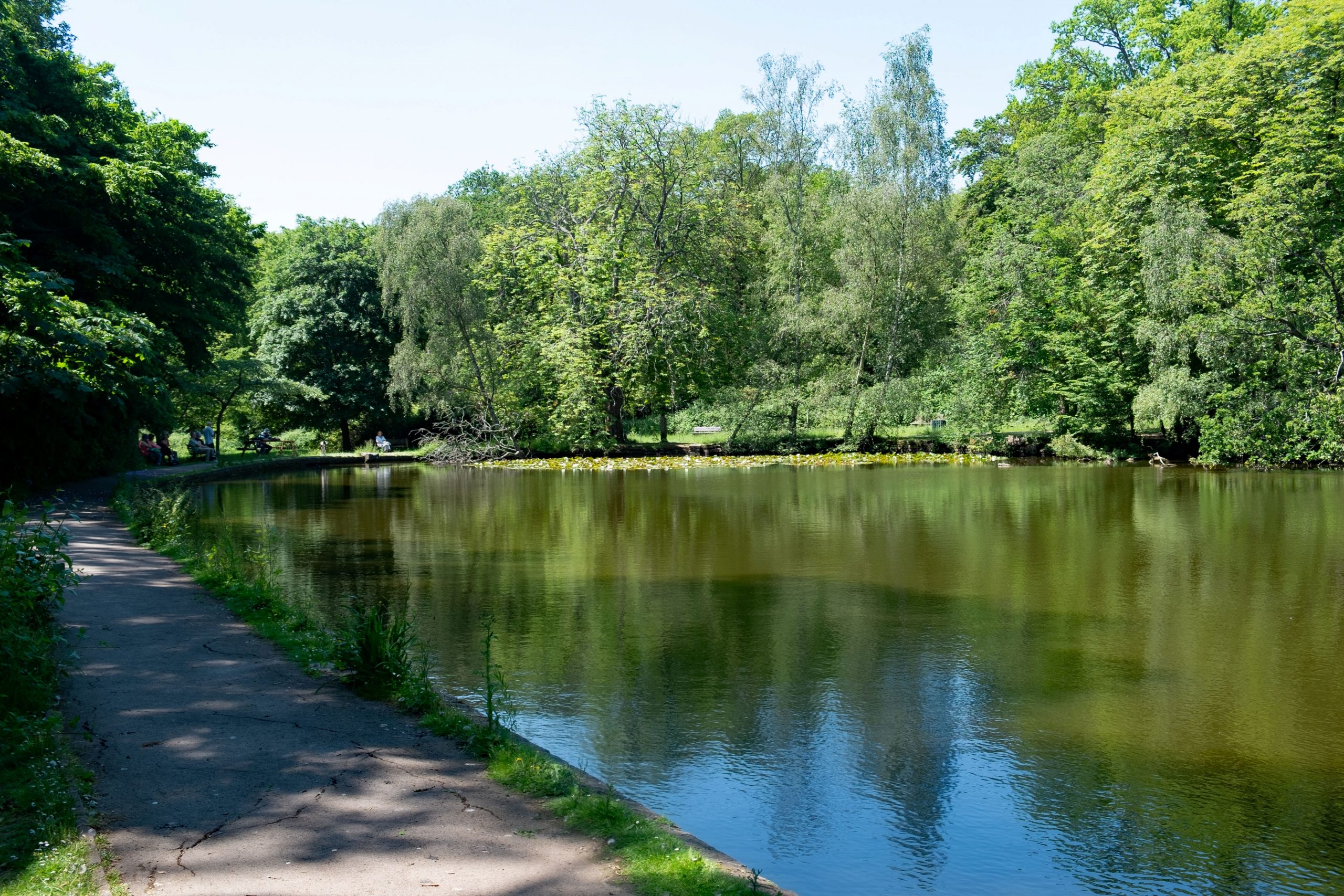 How we forget what beauty we have on our doorstep! We enjoyed the lovely Whitewebbs Lake for our lunch, enjoying the shade, cool breezes and baby Coots, ducklings and goslings. We continued through woods and paths to reach Forty Hall, but not before encountering some very annoying mud that a few walkers found a bit distressing. We all made it safe and sound with no falls, though, so we soon forgot the mud. 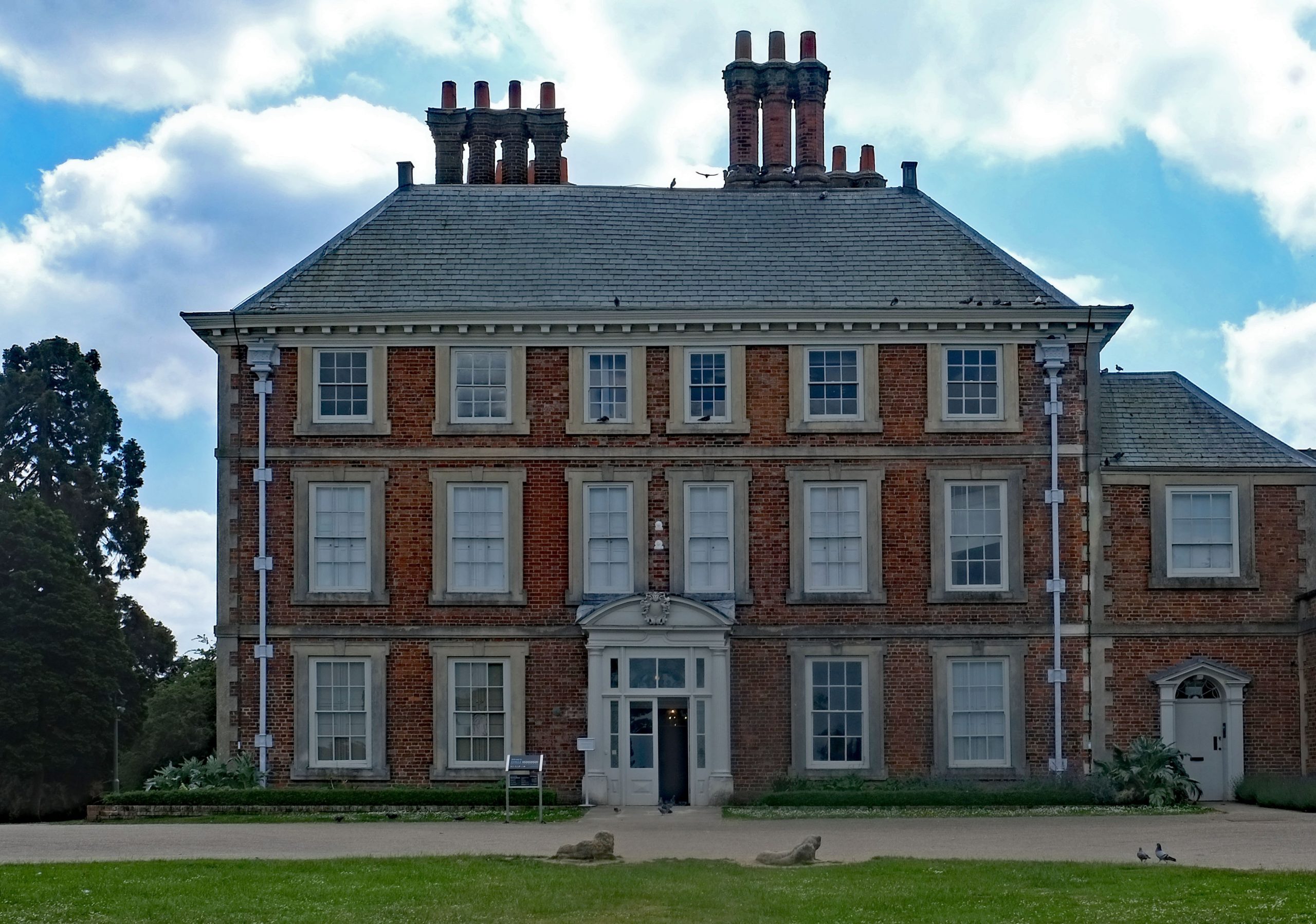 We enjoyed our second lake at Forty Hall, wandered around the gorgeous garden, and headed back to Gordon Hill Station. En route we lusted after the vineyard grapes and saw some very plump pigs! A happy and cool group returned to the station for the journey home. 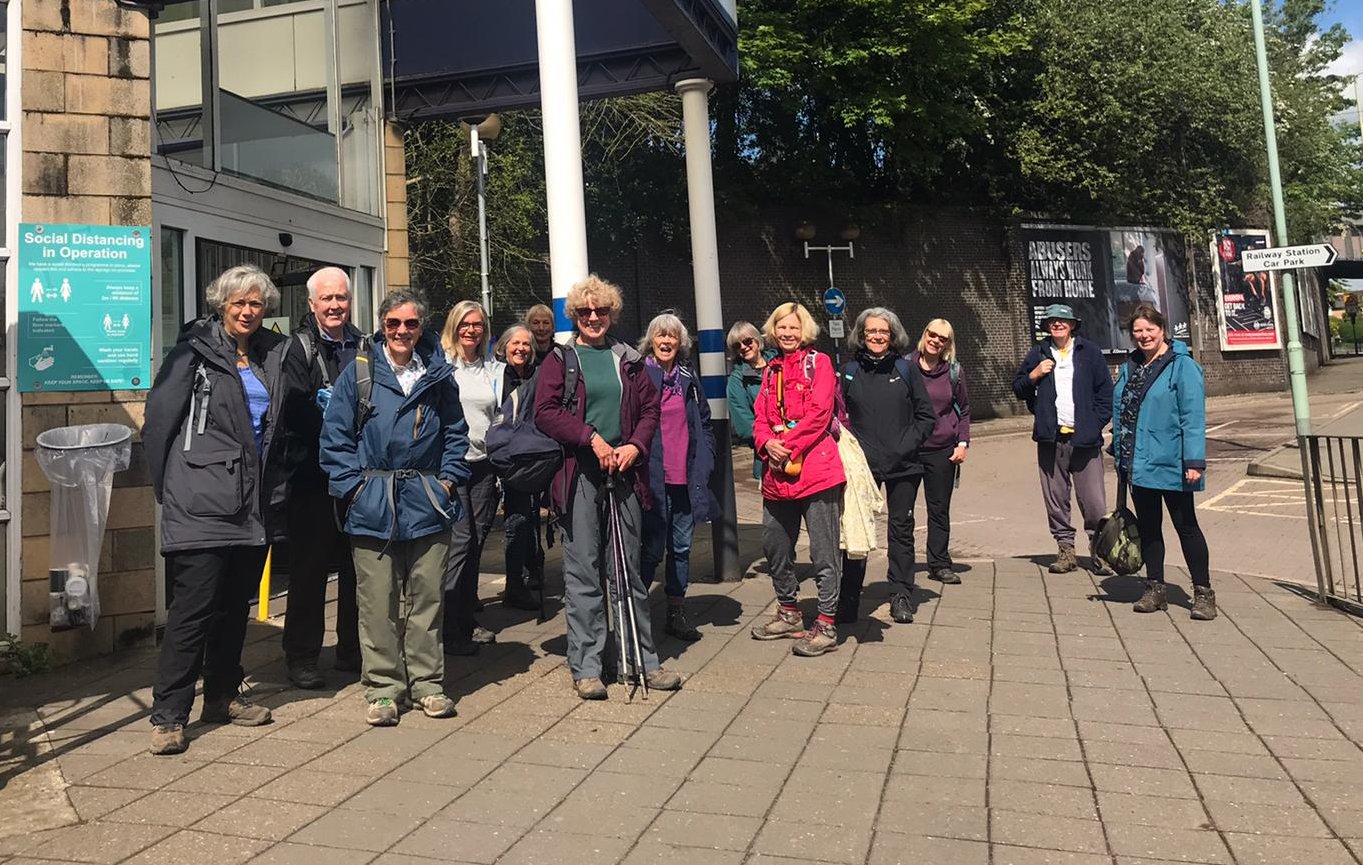 At last we were able to get back to walking the Lea Valley path, and for once the sun was shining on us. We set off through the historic market town of Hertford, crossing through the Castle Grounds where we had our first sighting of the River Lea swollen by the River Mimram. We would not see the river again until we got to the end of our walk. Turning left at the Black Horse pub and walking up Wallfield Alley, we emerged opposite a path taking us down to the 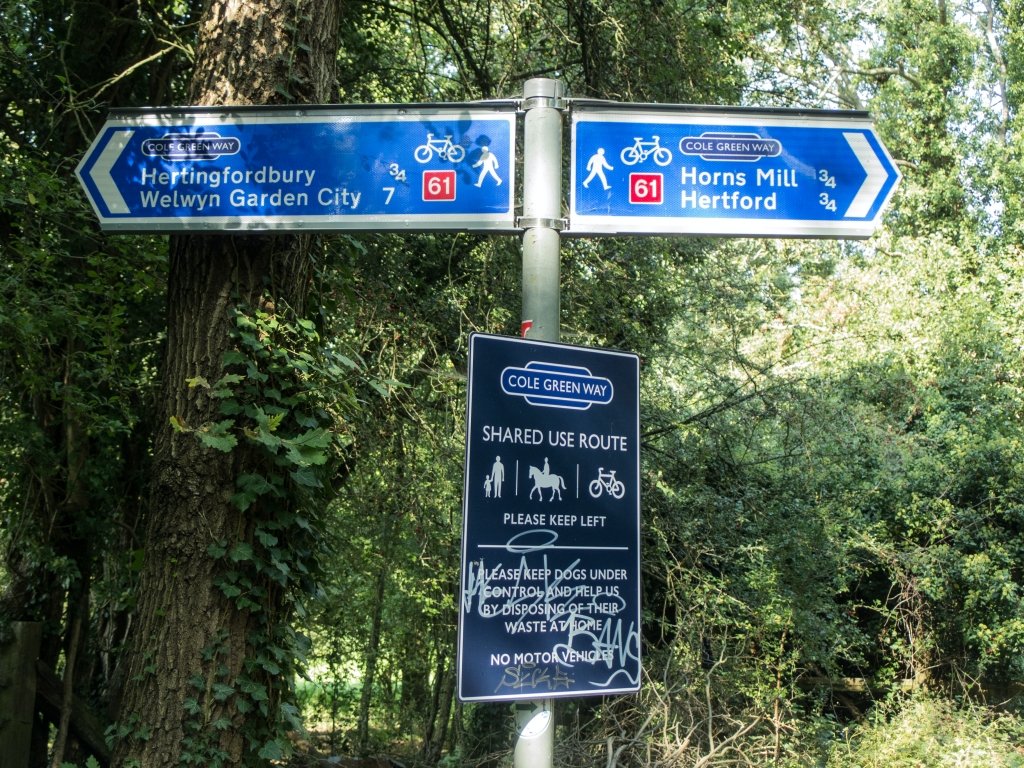 Cole Green Way. This is a 6 mile bridleway running between Hertford and Welwyn Garden City, along the former railway line which was built in 1858. The last train to use this route was in 1966 and the path was opened as a nature trail in 1976. Our lunch spot was at the former Cole Green Station, where the platform is still in evidence and there were picnic tables for us to use. Carrying on along the path we passed through a tunnel under the A414, where several graffiti artists were at work: the smell of the spray paint made us swiftly move on. The path soon came to an end and we entered a residential area passing the newish Queen Elizabeth 11 Hospital, the architecture of which caused some discussion. After a 10 minute walk beside the busy A414 we came to Mill Green and our last sighting of the River Lea. 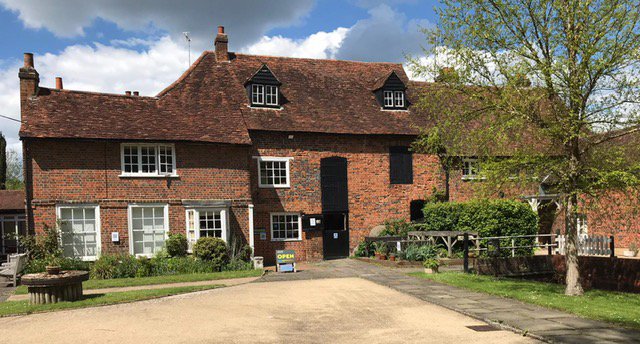 We took some time out to enjoy the gardens of the Mill Green Museum which is home to a working mill before making our way to Hatfield Station. 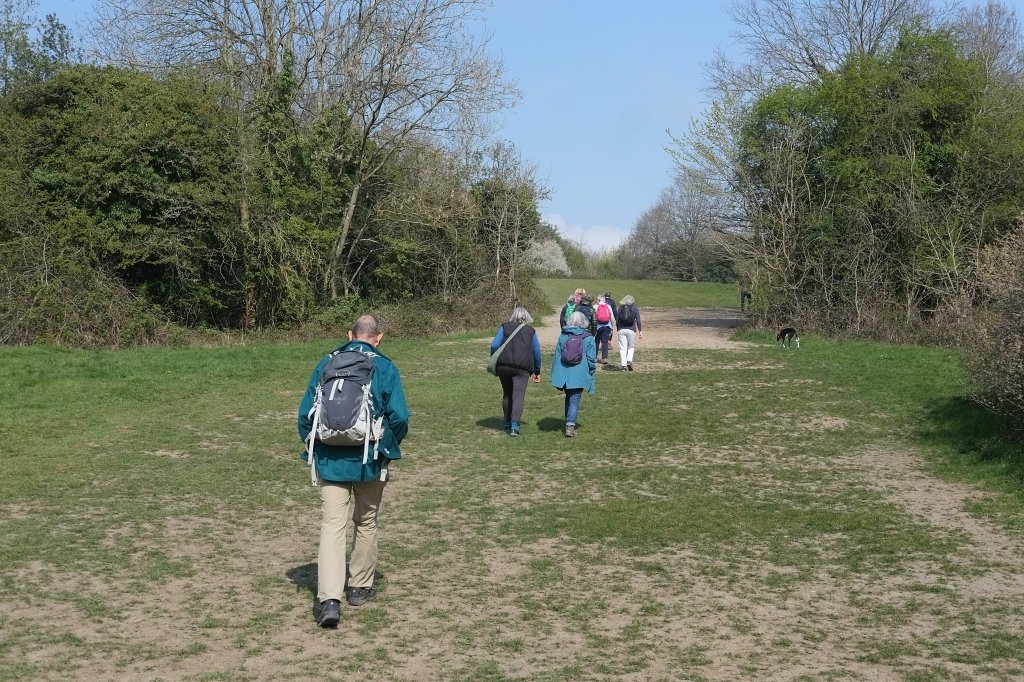 The Group met at High Barnet station and were soon tackling a steep hill climbing up to the village of Monken Hadley – lots to see here, Georgian houses, almshouses and, of course, the church, through whose grounds we passed to Monken Hadley Common (mercifully dry after the winter rains). 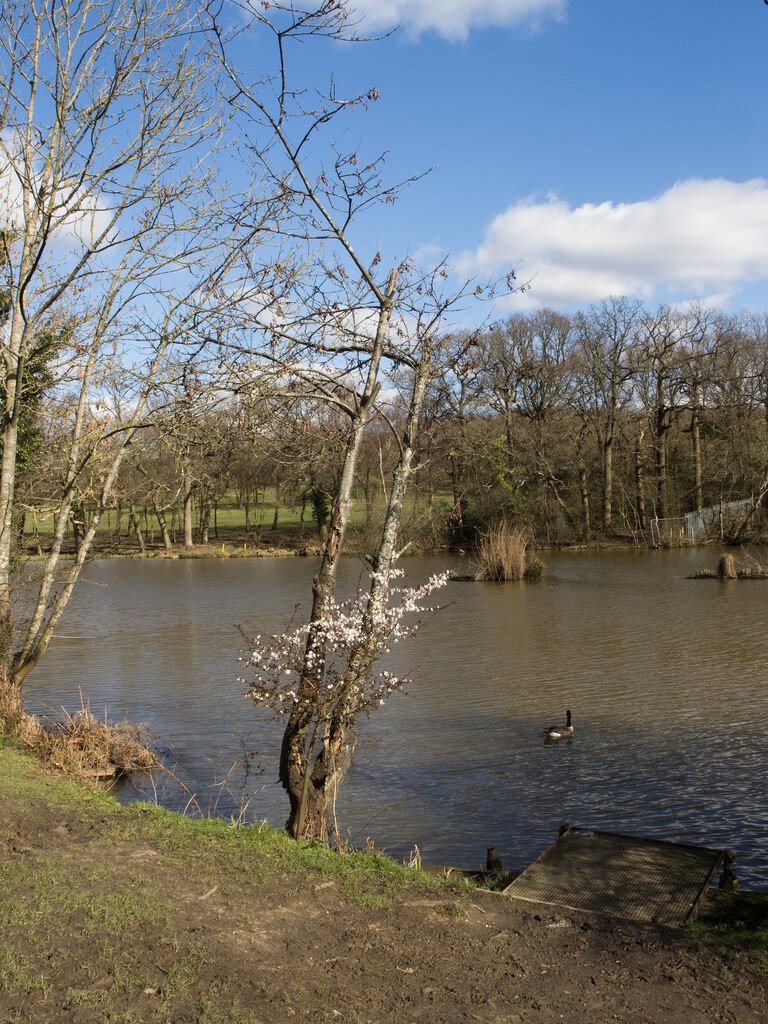 Our first stop was the rather chilly Beech Hill (aka Jack’s) Lake from which flows the Pymme’s Brook. The trail is well-marked and apart from a section of road walking in East Barnet, follows a number of linked parks and green spaces from East Barnet. We stopped for lunch and some tea (thank you, Gill!) at the cafe at Oak Hill Park, although none of our party opted to sample the Polish menu on offer.

From Oak Hill Park, we followed the brook to Brunswick Park (The Waterfall Walk), Arnos Park and finally Broomfield Park (where the revelation to a couple of walkers that their rucksack straps incorporated hitherto under-discovered whistles caused much amusement). Here the walk ended to take the bus home, although a couple of walkers decided to take the train from Palmers Green station and to admire the newly installed mosaics on the northbound platform.

It was really nice to be able to walk as a group again and to reconnect with our fellow walkers.