n the light of the current invasion, the Grossman entry should read Ukrainian/Russian rather than just Russian (he was born in Ukraine but wrote in Russian). The rest of the text is fine
Can you replace the North and South entry with The African Trilogy (Achebe) – Nigerian
Can you replace the Tenant of Wildfell Hall entry with Selected Stories (Munro) – Canadian

Do you have great classics of world literature – Dante, Stendhal, Dickens, Tolstoy – sitting quietly on your bookshelves, classics you’ve never quite got around to reading? Or perhaps you read them many years ago and would love the chance to explore and discuss them again. If so, this group is for you

Over a period of typically 3 to 4 get-togethers, our conveners will delve into a range of these masterpieces of prose or poetry, focusing not just on the text but also on the historical and literary context. It will give us a chance to really get under the skin of each work. All books are in English or English translation

▷ Some of the books read so far

Structure
The overall group has some 40 members and operates on a three-term basis during the year. Each term, we offer a range of book choices, so that individual sub-groups can be limited to 10 participants. We discuss each book over a series of meetings

Frequency
Each individual sub-group meets on approximately a 4-weekly basis on a Friday at 2.30 p.m. 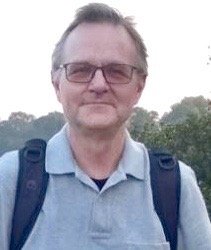 One of the World Literature groups read the first volume of the great 18th century Chinese novel The Dream of the Red Chamber by Cao Xueqin. The novel charts the decline into decadence and ruin of a once glorious family.

At one of our meetings, we were treated to a reading (in Mandarin) of one of the poems in the book by Zhao Yanling, a mature Chinese student taking an MA in Comparative Literature in London.


David Hawkes’s version in English in his translation of the novel reads:

Men all know that salvation should be won,
But with ambition won’t have done, have done.
Where are the famous ones of days gone by?
In grassy graves they lie now, every one.

Men all know that salvation should be won,
But with their riches won’t have done, have done.
Every day they grumble they’ve not made enough.
When they’ve enough, it’s goodnight everyone!

Men all know that salvation should be won,
But with their loving wives they won’t have done.
The darlings every day protest their love:
But once you’re dead, they’re off with another one.

Men all know that salvation should be won,
But with their children won’t have done, have done.
Yet though of parents fond there is no lack,
Of grateful children saw I ne’er a one.

▷ Listen to the reading