Art is not what you see, but what you make others see ― Edgar Degas
All art is quite useless ― Oscar Wilde 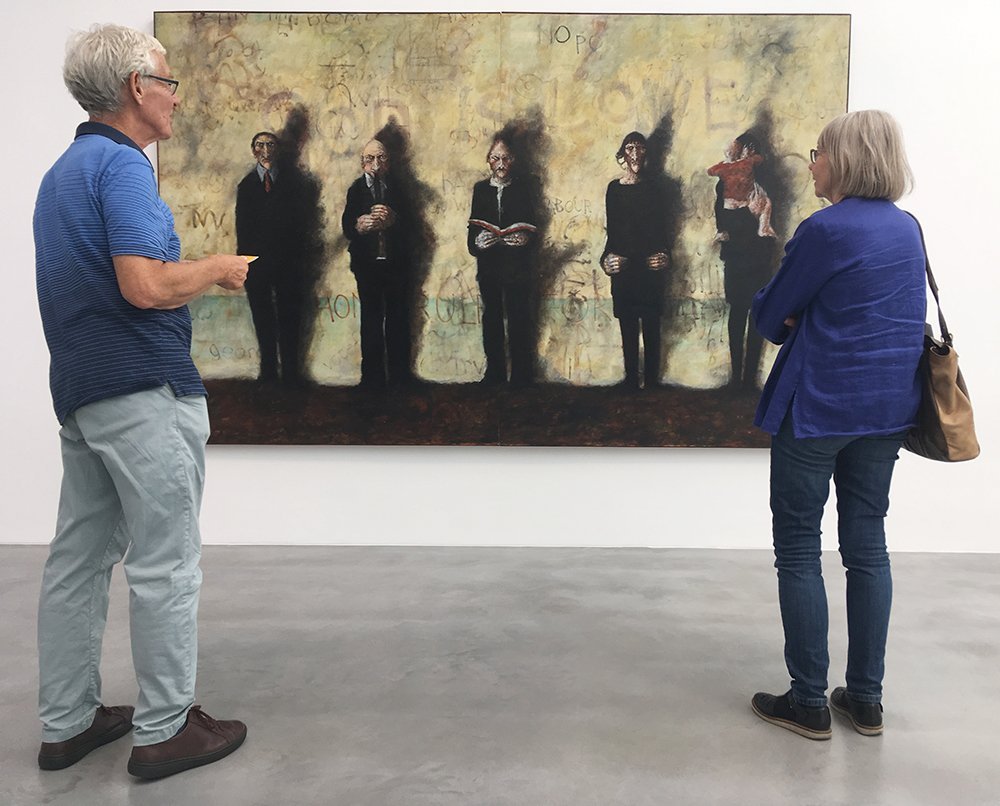 In this fun and friendly Group we share what we see and love in art, ask if or how it moves us, and discuss if it is important and relevant. Members pick themes, schools or movements in art, researching artists and their work and sharing what they learn with fellow members. 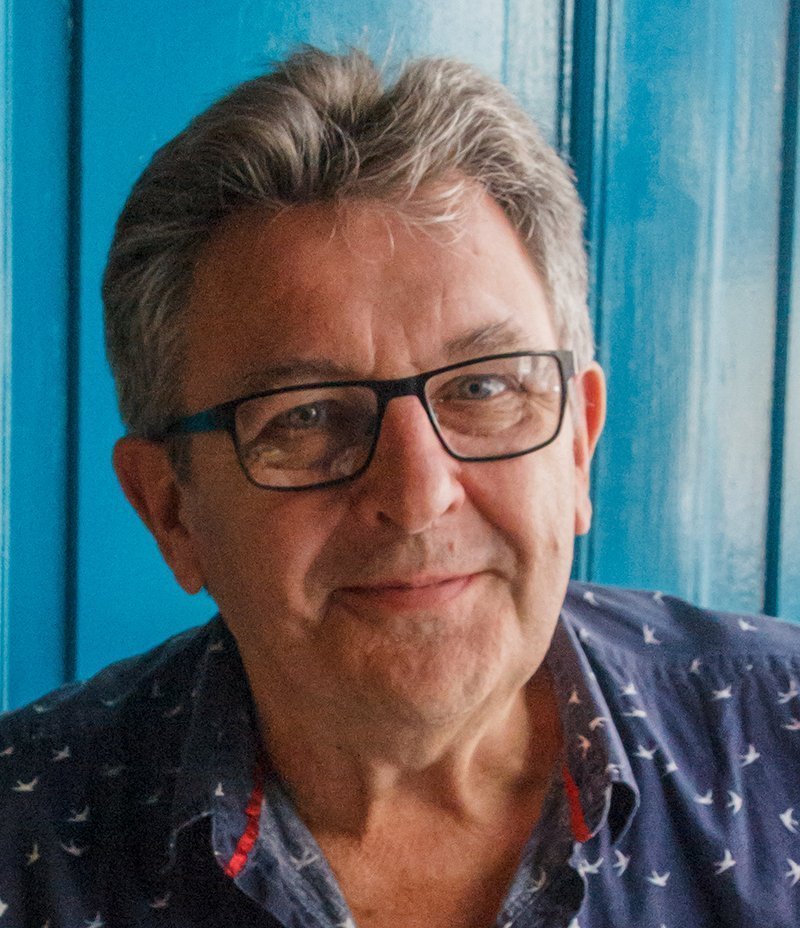 The Group meets in Grove Avenue, N10 on the fourth Wednesday of every month, 10.30 a.m. – noon. The number of places available per meeting is no more than 12. There will also be regular gallery visits 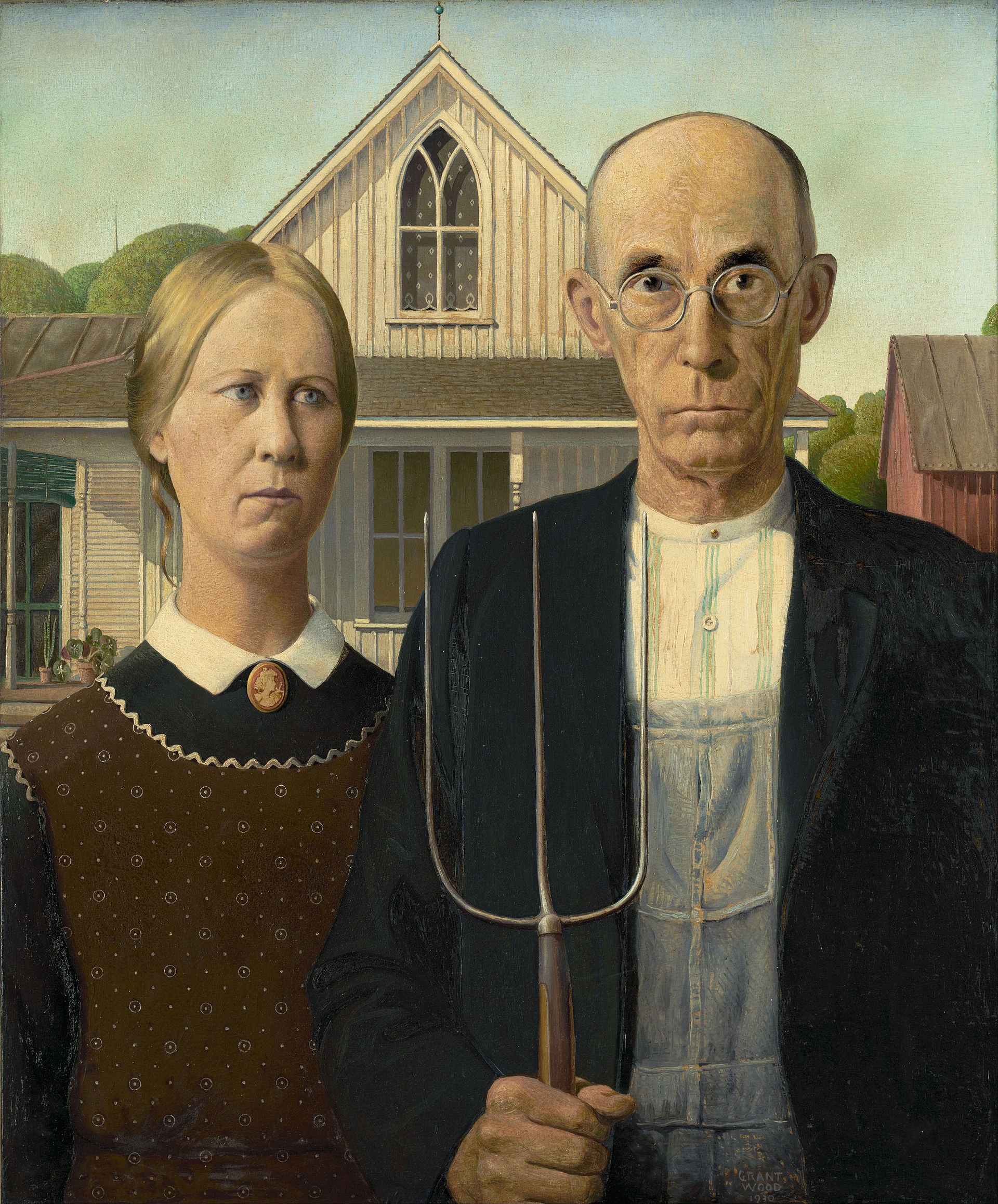 The theme of the March 2021 meeting of the Group was America Through the Eyes of American Artists. Members of the Group went for the eclectic in the individual artists and artworks they chose for this theme, featuring photographs, installations, paintings, an earthwork, quilt and mural.

Some were more familiar names, Norman Rockwell, Ansel Adams, Georgia O’Keeffe, Grandma Moses and of course the painter of the iconic American Gothic, Grant Wood. Others were far from well know, none more so than native American Wendy Red Star with her intriguing Last Supper styled self-portrait. Charles Sheeler once studied with the leading artist and teacher William Merritt Chase who had introduced European styles to the New York Art Scene. Stuart Davis was also influenced by European art.

But rather than copying European contemporaries, American artists created their own, often vibrant styles, seen in the vivid murals of Thomas Hart Benson and the story-telling quilts of Faith Ringgold. George Bellows captured the drama and energy of New York streets and Robert Smithson created an extraordinary earthwork on the shore of the Great Salt Lake.

We had to include a picture by the great Edward Hopper and there are similarities to Hopper’s intriguing paintings in the extraordinary photographic works by Gregory Crewdson, a curve ball thrown into the session.