On a beautiful early Autumn day a sizeable group of Middle Way Walkers made their way to south-west London to explore the rich heritage of the River Wandle, in its industrial heyday regarded as the hardest working river in London. On our route upstream we saw

ample evidence of this, in the form of numerous weirs, mill stones and wheels. The importance of this remarkably fast-flowing river was brought home to us when we stopped at Merton Abbey Mills, the history of which is, of course, associated with William Morris and later Liberty & Co. Continuing our walk along the trail we soon entered Morden Hall Park, where the river runs more peacefully and is crossed in various places by a series of picturesque bridges.

After a lunch stop we made our way to a green corridor along the river, Ravensbury Park, and further on to Watermeads Nature Reserve (apparently one of the National Trust’s earliest acquisitions) where one of us was fortunate enough to spot a heron on the river bank with a fish that it had just caught. Further on we saw another one, but it did not seem particularly interested in entertaining us … Our green spaces were now running out, and after skirting Mitcham 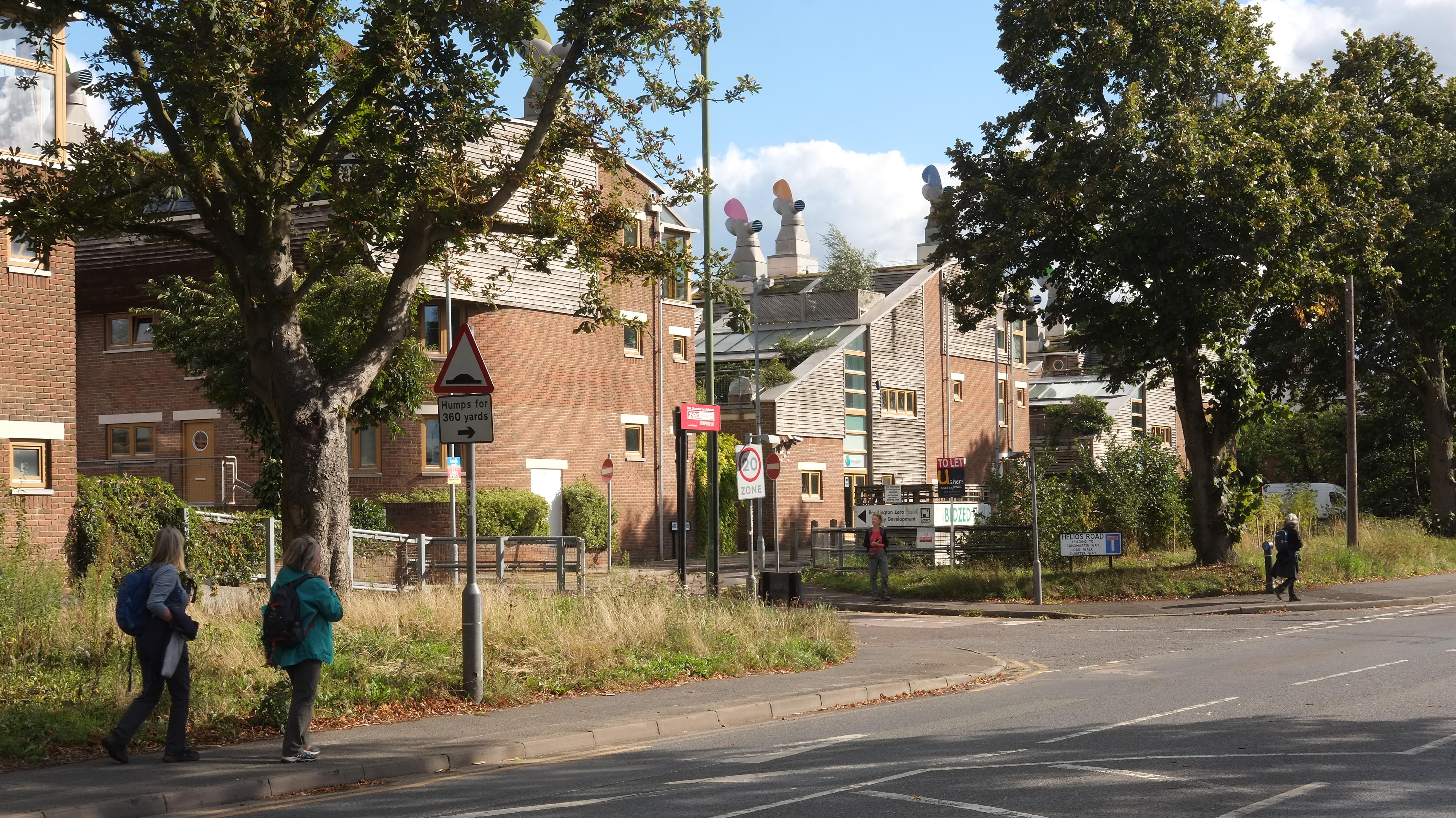 Common, we entered Hackbridge, the home of the zero carbon development BEDZED – even the church opposite has been fitted with solar panels. The walk ended at Hackbridge Station but not before an examination of the sale items at Toni’s Bridal shop. Enough said! 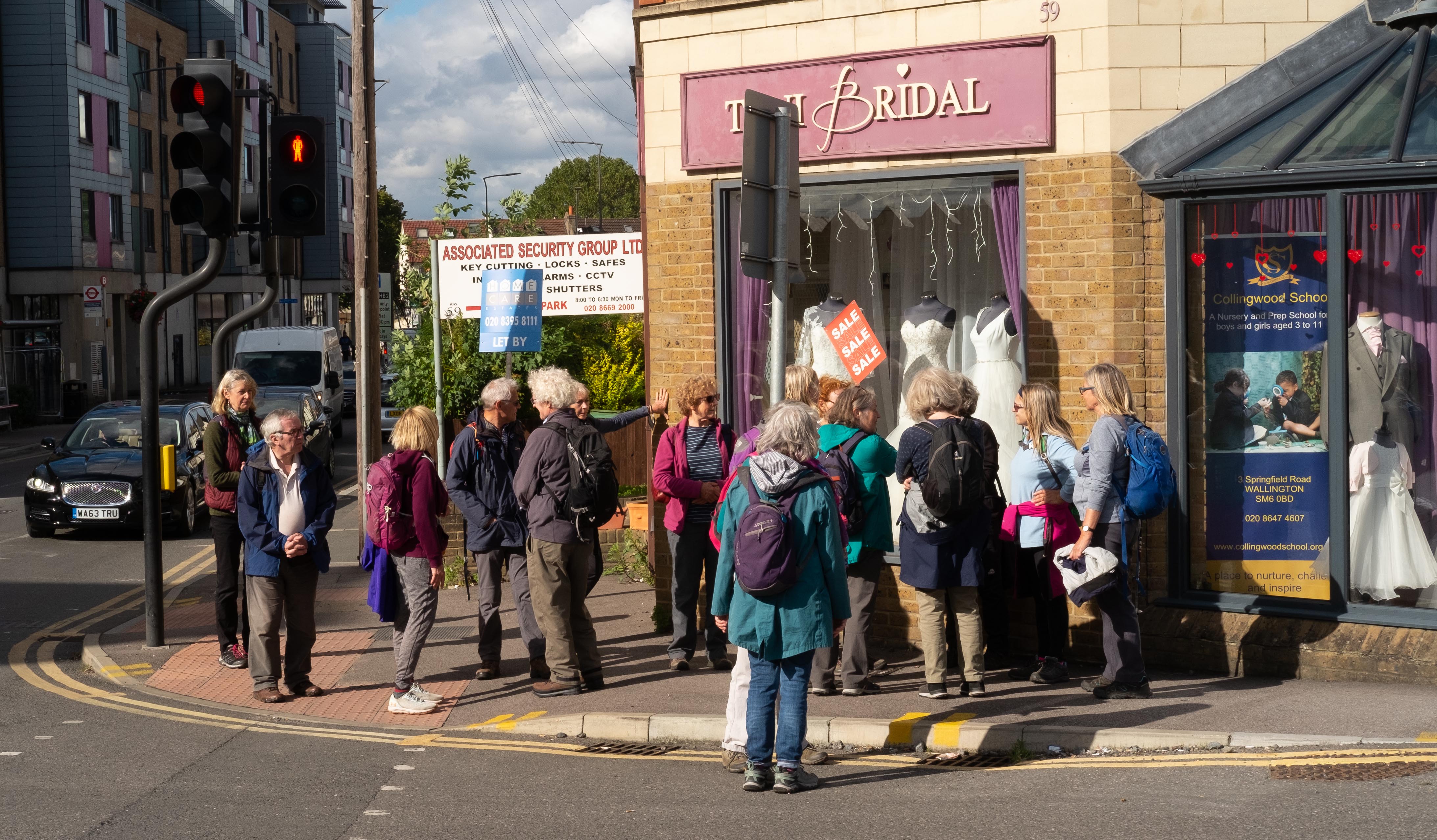