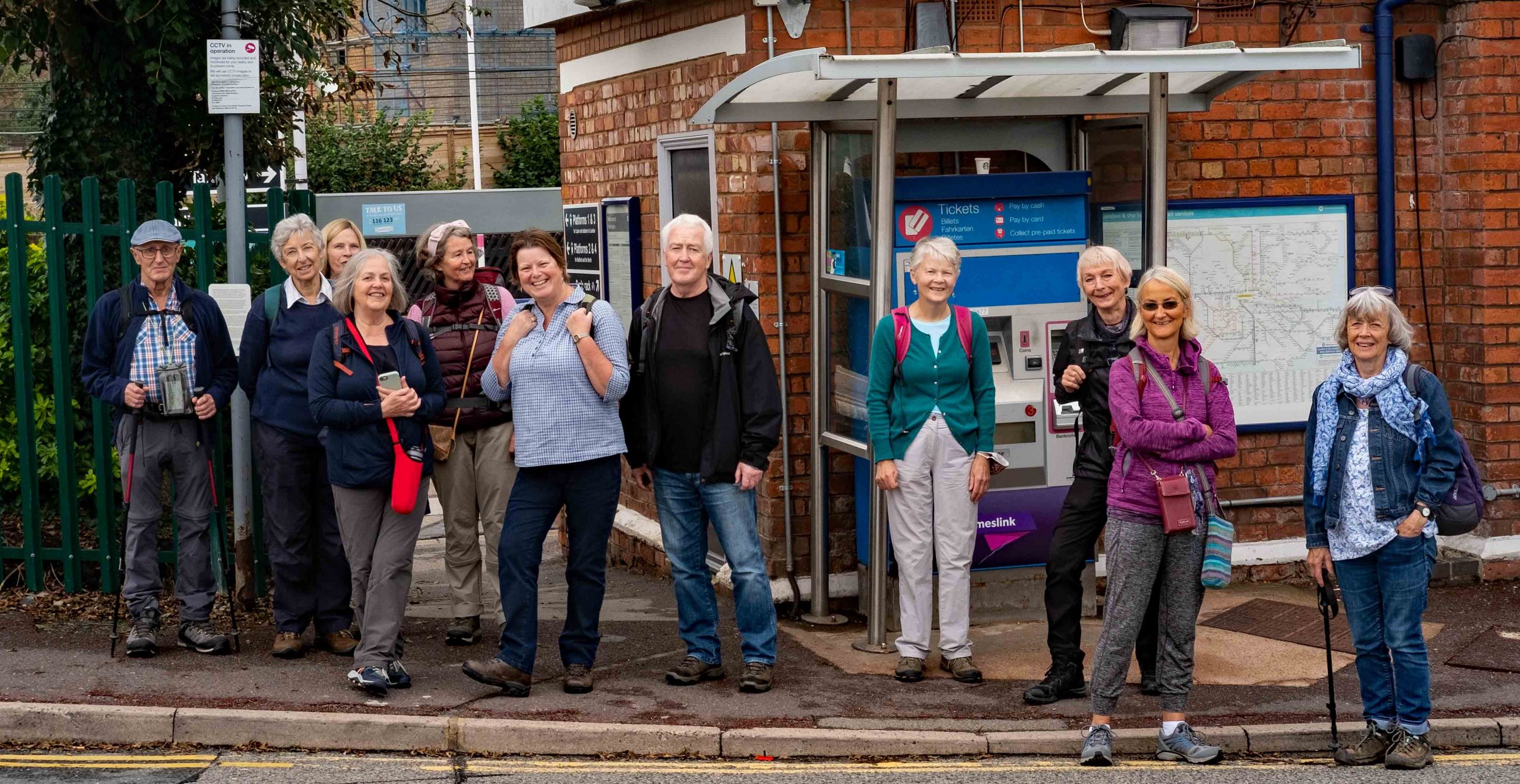 Rather than negotiate an urban stretch in the Luton area, we approached the source of the Lea in Leagrave from the north so that we could enjoy the Bedfordshire countryside before reaching our destination. We began our walk from Harlington, which judging by the number of blue plaques has a rich history, and as we walked 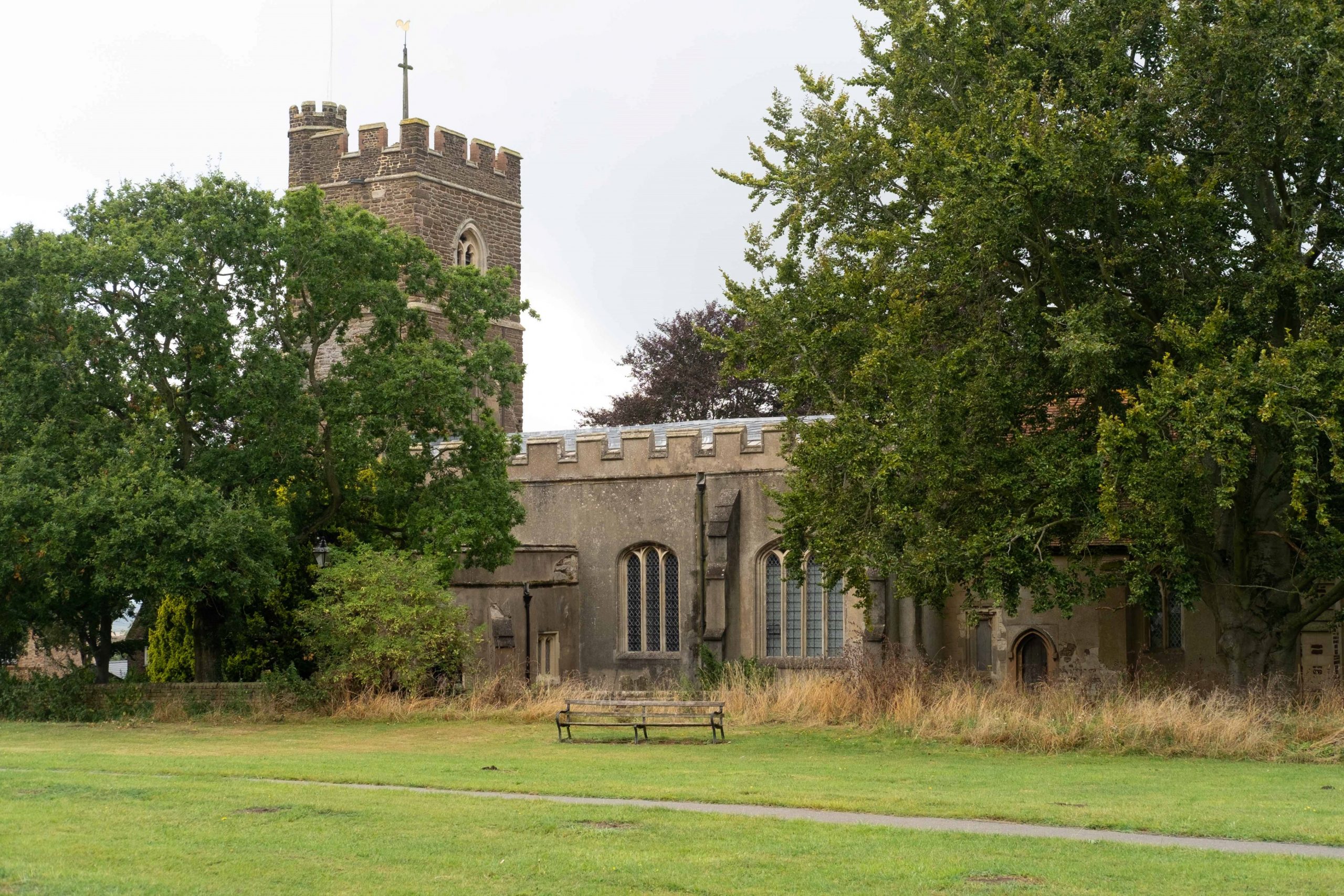 through the churchyard of the 14th century parish church (St Mary the Virgin) we struck up a conversation with an elderly resident who was keen to talk. Once she was informed that we were a walking group from north London, the floodgates opened as she reminisced about her life in Highbury over fifty years ago and London smog … alas, we had to move on. It all felt a little autumnal as the fields has been harvested, although there was enough compensatory greenery 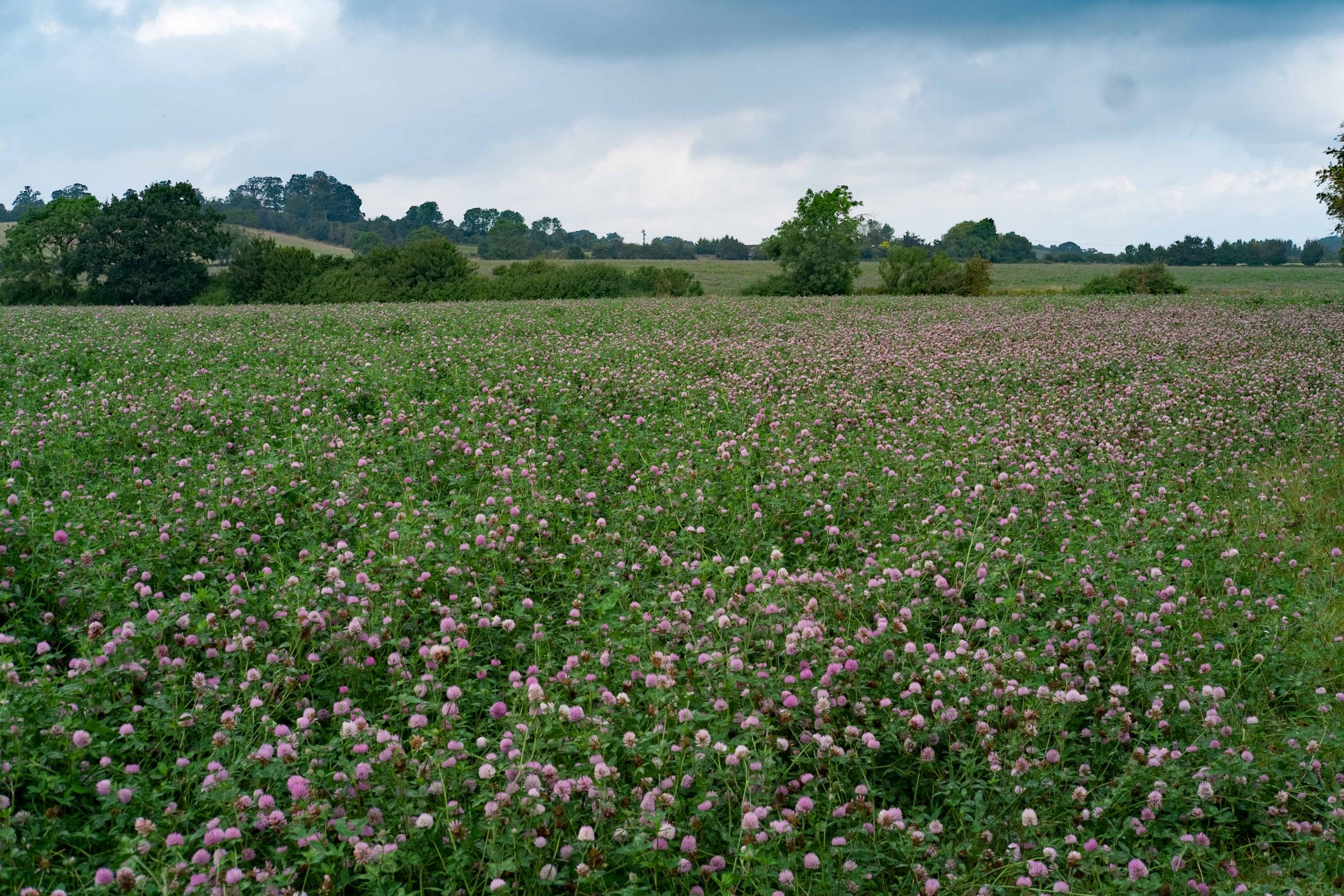 in the clover planted to fix nitrogen, and hedgerows with blackberries still ripening. We followed the paths round a succession fields which were punctuated by direction signs including one for the strangely named Sharpenhoe Clappers , fingerposts of the walking routes we were following (the Icknield Way, for one) … and an abandoned piece of agricultural machinery whose shapes 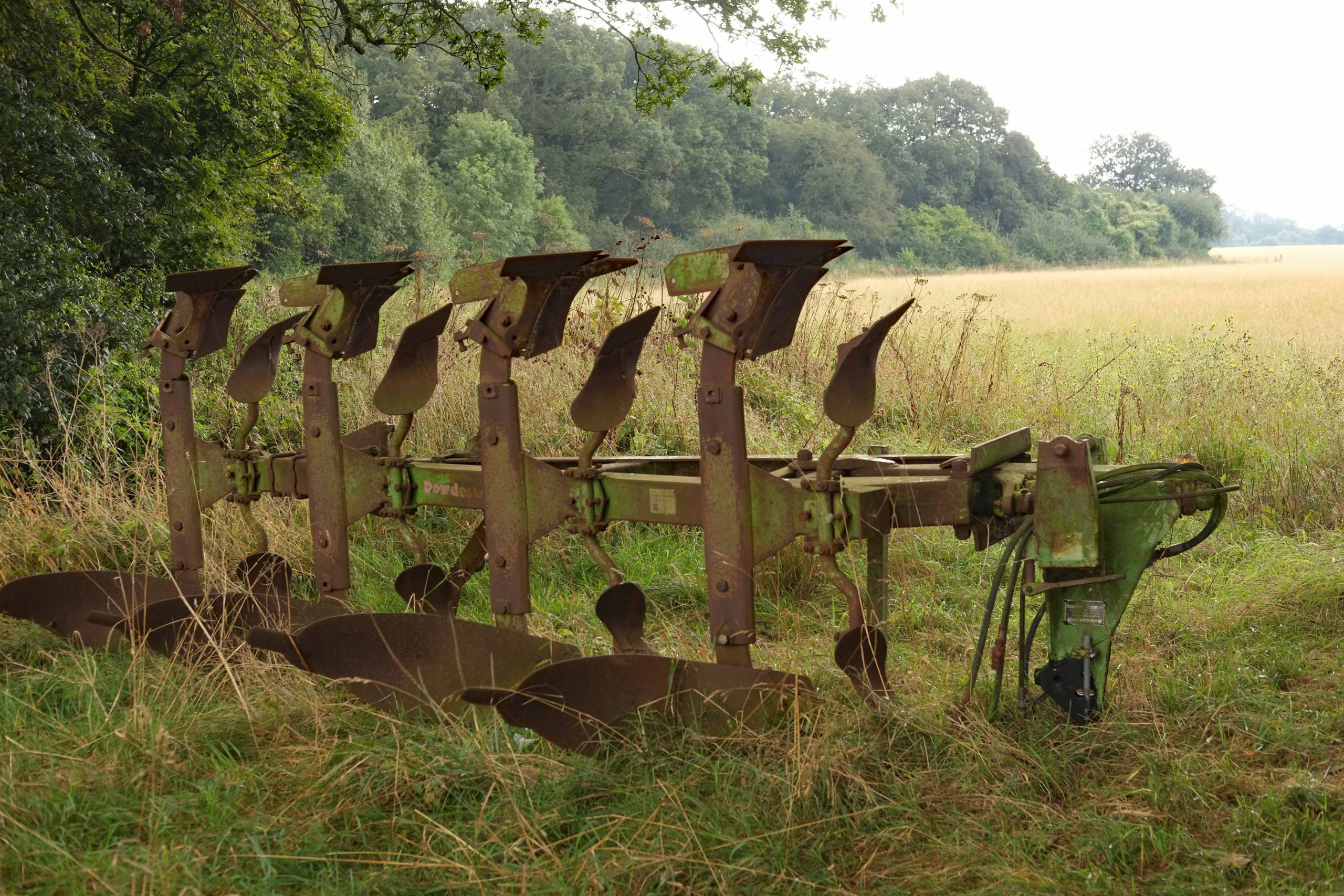 fired the imagination (can you see the horse?). Just as we were thinking that we were on an easy stroll through the countryside we came to a long rather muddy flight of steps of the National Trust’s Moleskin and Markham Hills. At Sundon we stopped for lunch, before turning south towards Leagrave via Bramlingham Park. Then through a housing estate – with an underpass featuring murals 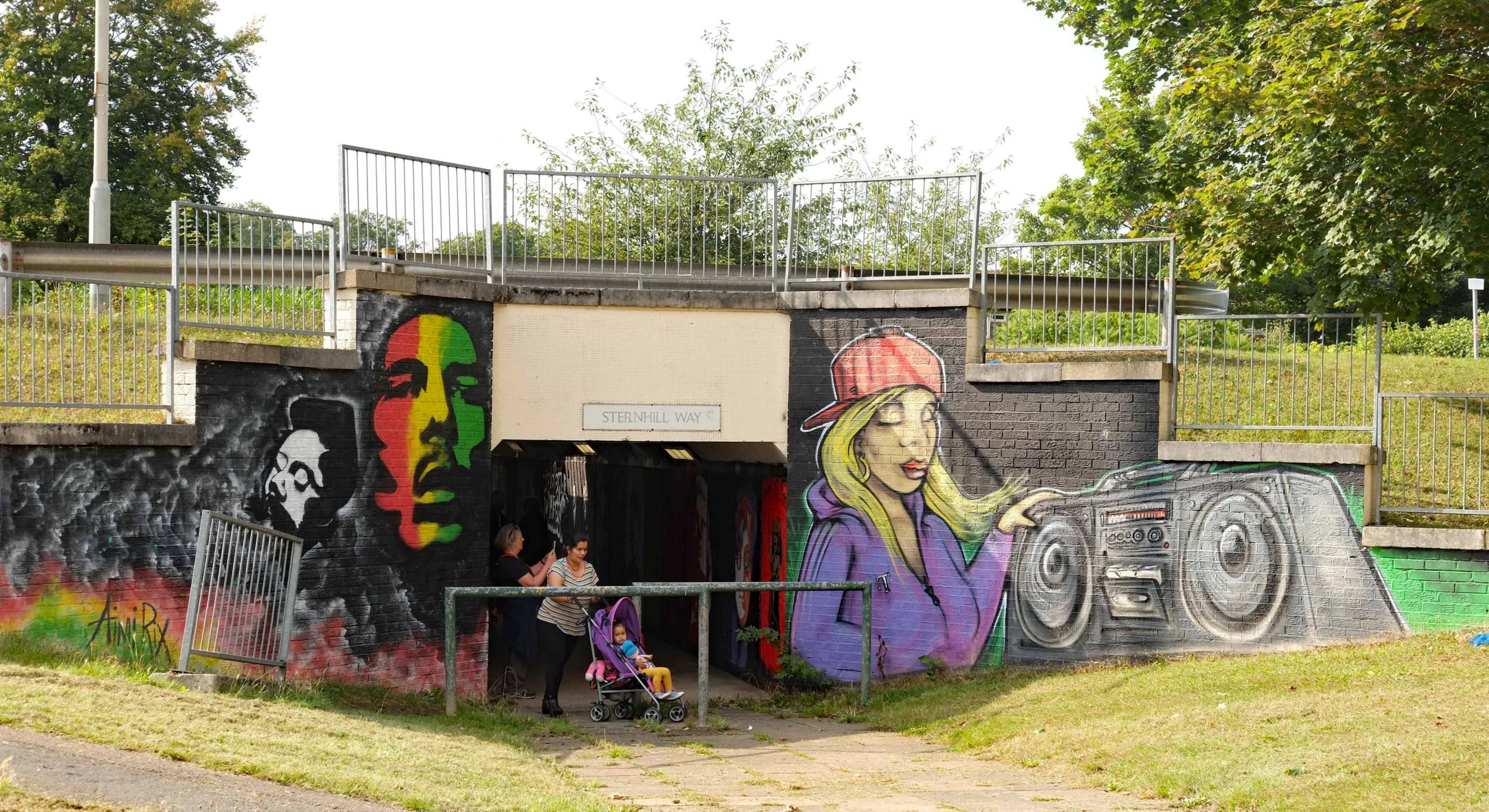 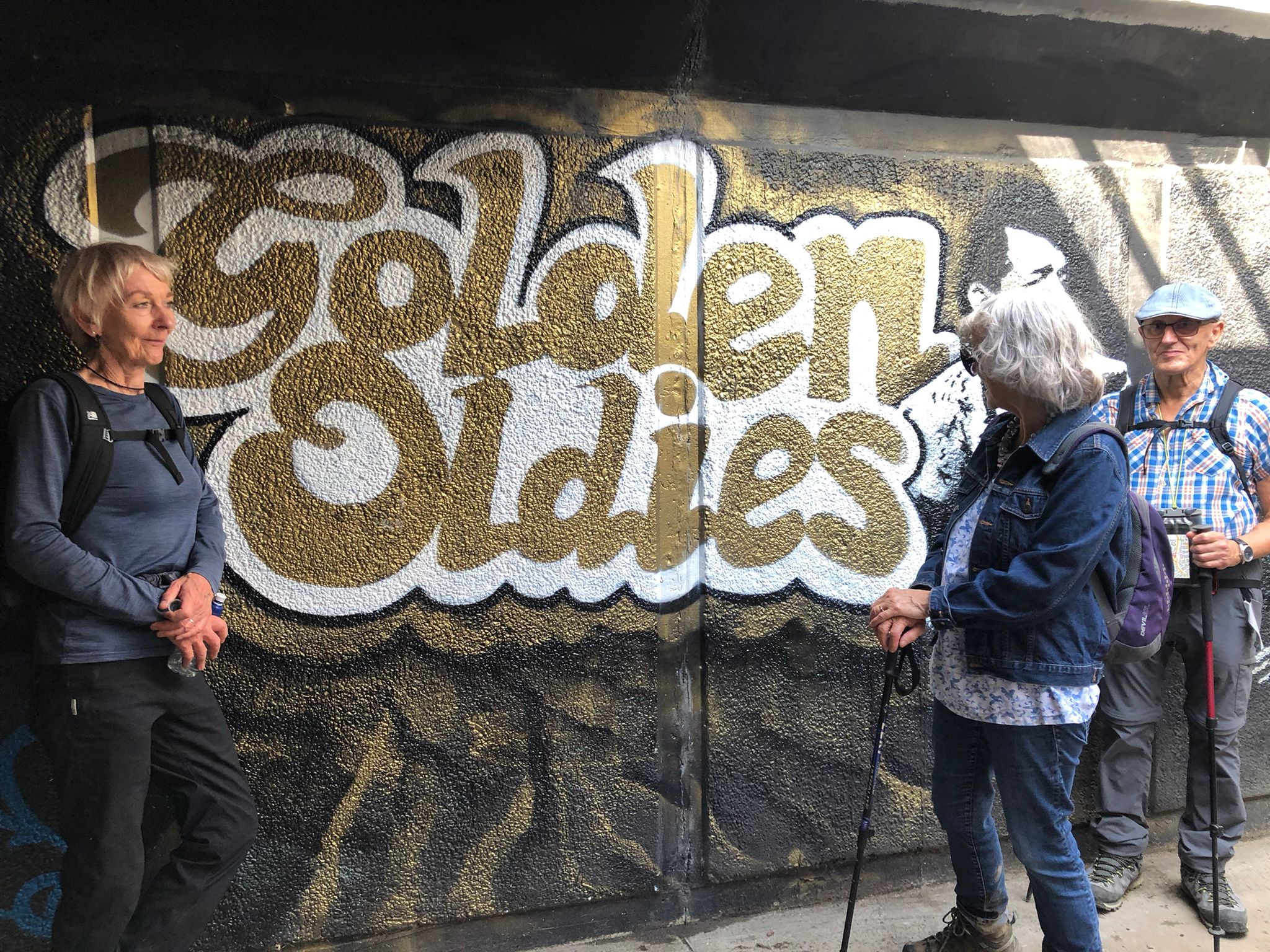 of stars of popular music. Then the final stretch – a pleasant woodland walk ending at a bridge and platform overlooking the River Lea at its source. A short walk along the path beside the river (be warned, the water-cress is not suitable for human consumption) led us to a busy road and Leagrave Station. Another challenge completed! 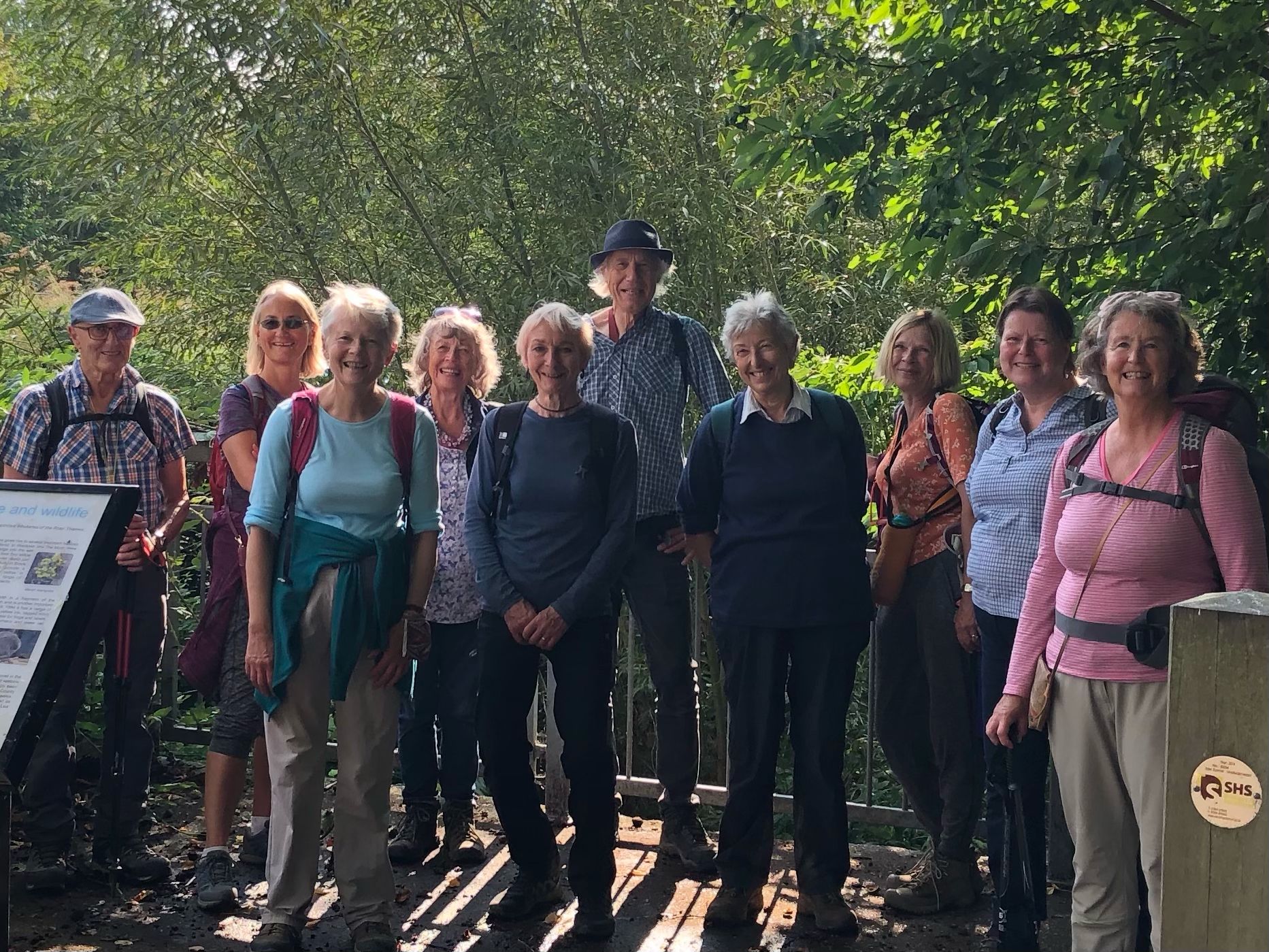