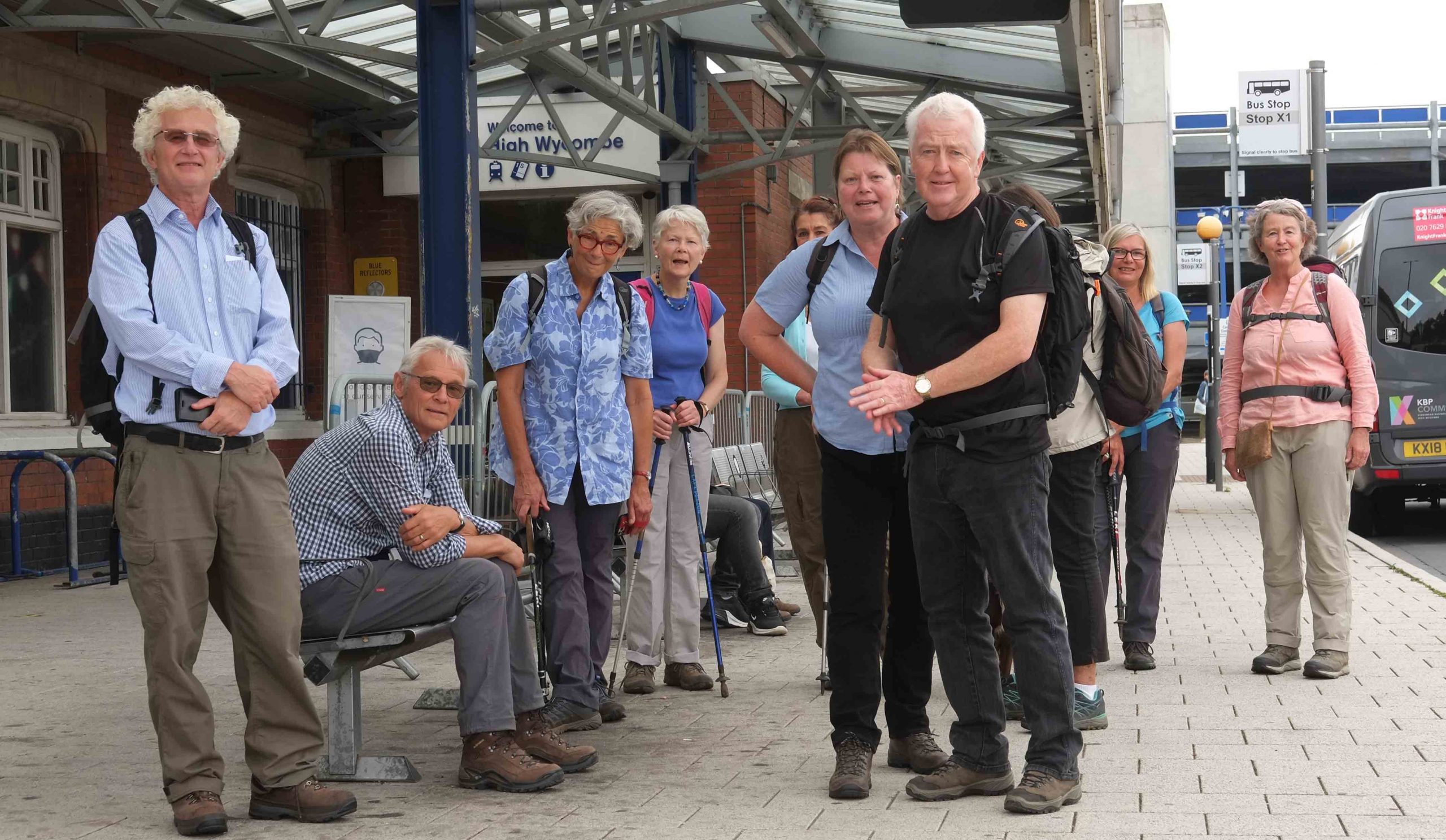 Inclement weather threatened to ruin members of the Longer Walk Group‘s enjoyment of an undulating “figure of eight” walk starting and ending at High Wycombe Station, exploring the area around Hughenden Manor and the West Wycombe estate. Leaving the town behind we quickly got into our stride along Benjamin’s Footpath which skirts the vast High Wycombe Cemetery. We then followed a series of wooded paths in the direction of Hughenden Manor, passing 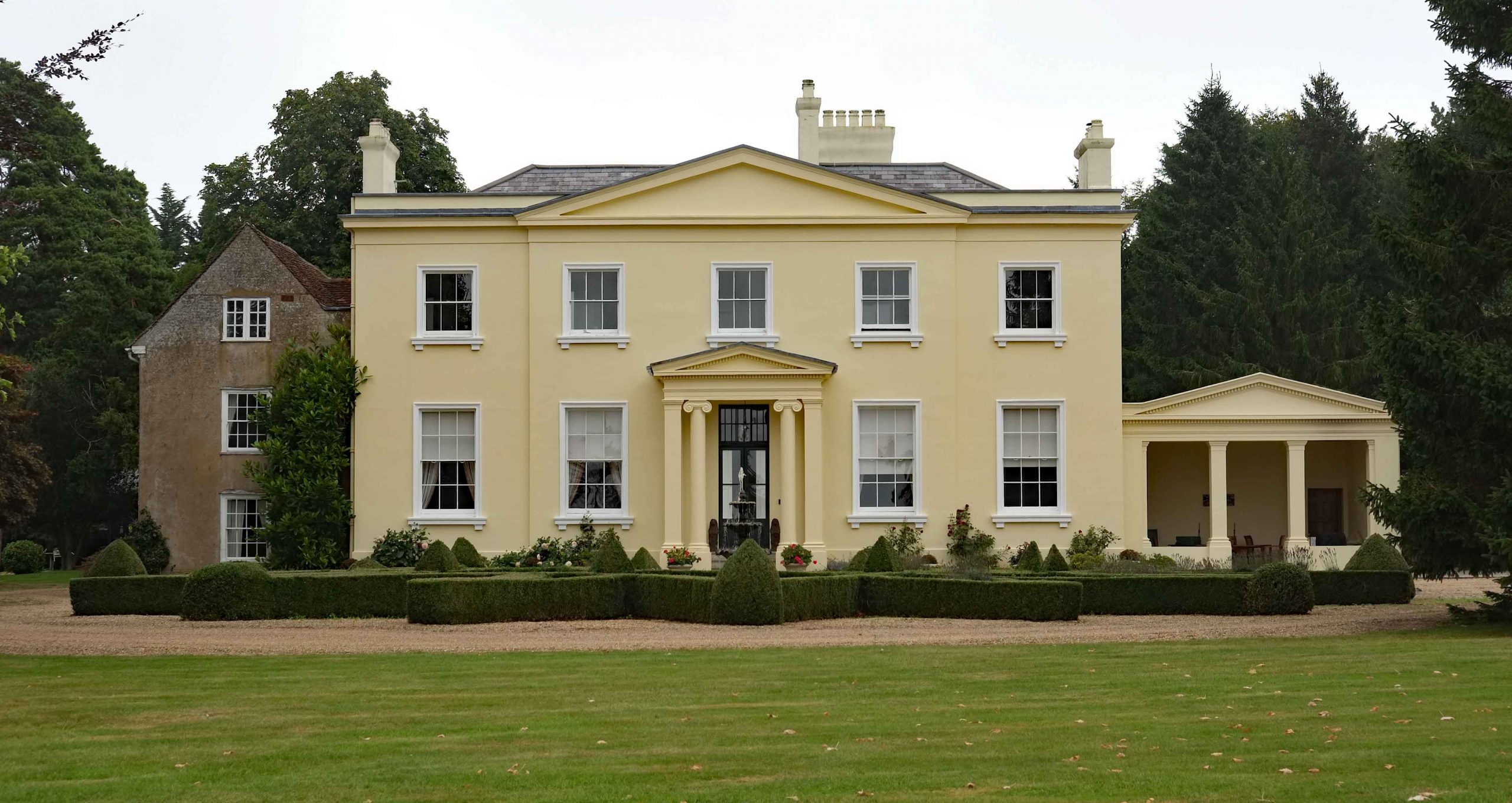 the Grade II Listed Brands House, in the hamlet of Four Ashes. Our next landmark was the Church of St Michael and All Angels at the northern end of Hughenden Park. Then the lure of a National Trust coffee proved to much to resist at the stable block : an exploration of the adjacent walled garden found offers of vegetables and apples (unwashed) in return for a contribution to the Trust. Here the weather

took a turn for the worse, and after a short perambulation around Disraeli’s Victorian Hughenden Manor to admire the parterre and statuary (but no time unfortunately to browse in the second hand bookshop), we took to the shelter of the woods and made our way to Dashwood country at West Wycombe. On the climb to the mid-18th century Dashwood Mauseoleum, we passed the (very Gothick)

entrance to Hellfire Caves. At the top of the hill (with a fine view over the Chilterns countryside and West Wycombe Park (the 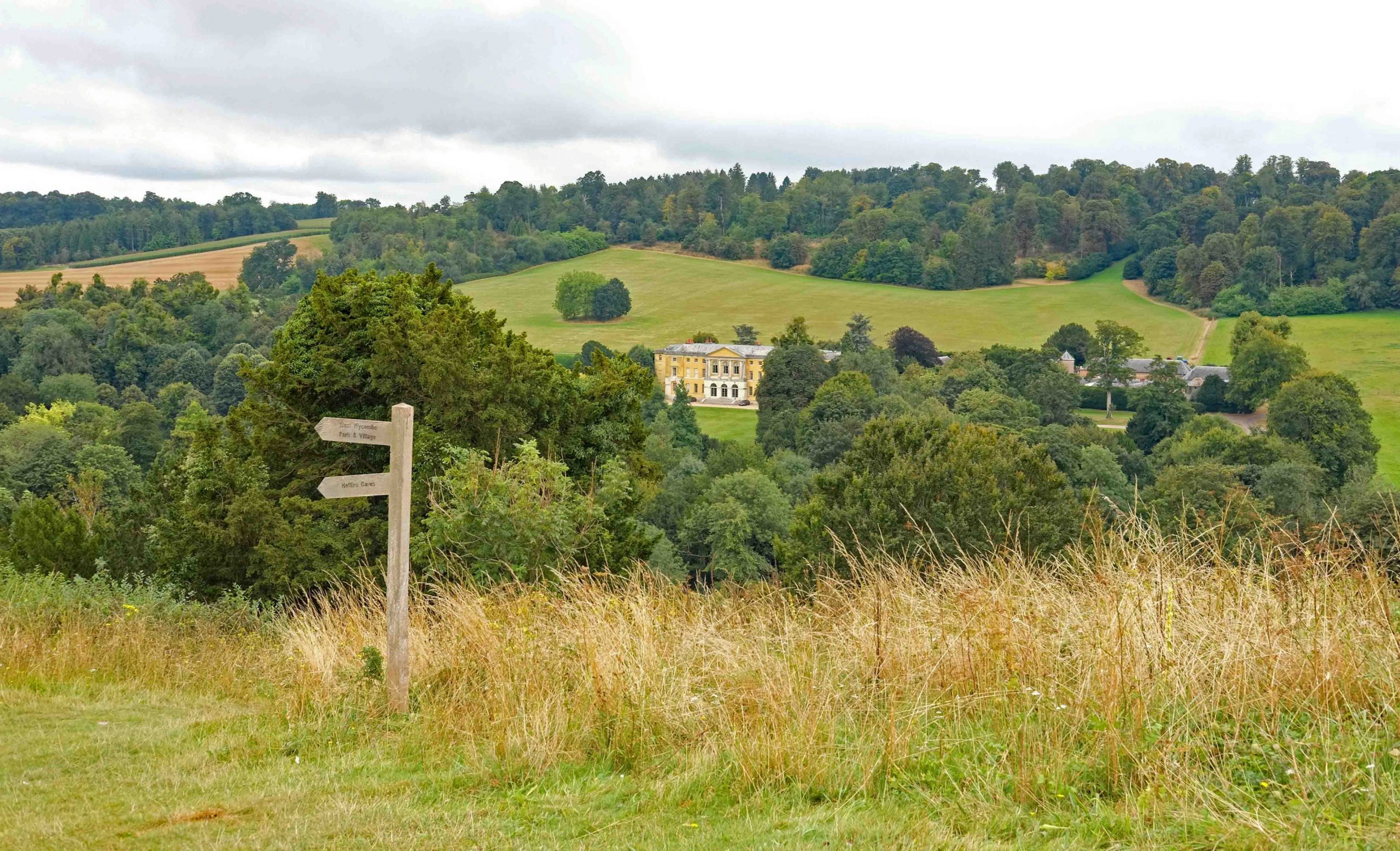 seat of the Dashwood baronetcy) we stopped for a lunch break observed by an interested bird of prey, and watched as a rain shower approached from the valley below. Luckily the heaviest rain fell when we were walking through some quite dense woodland on the return journey 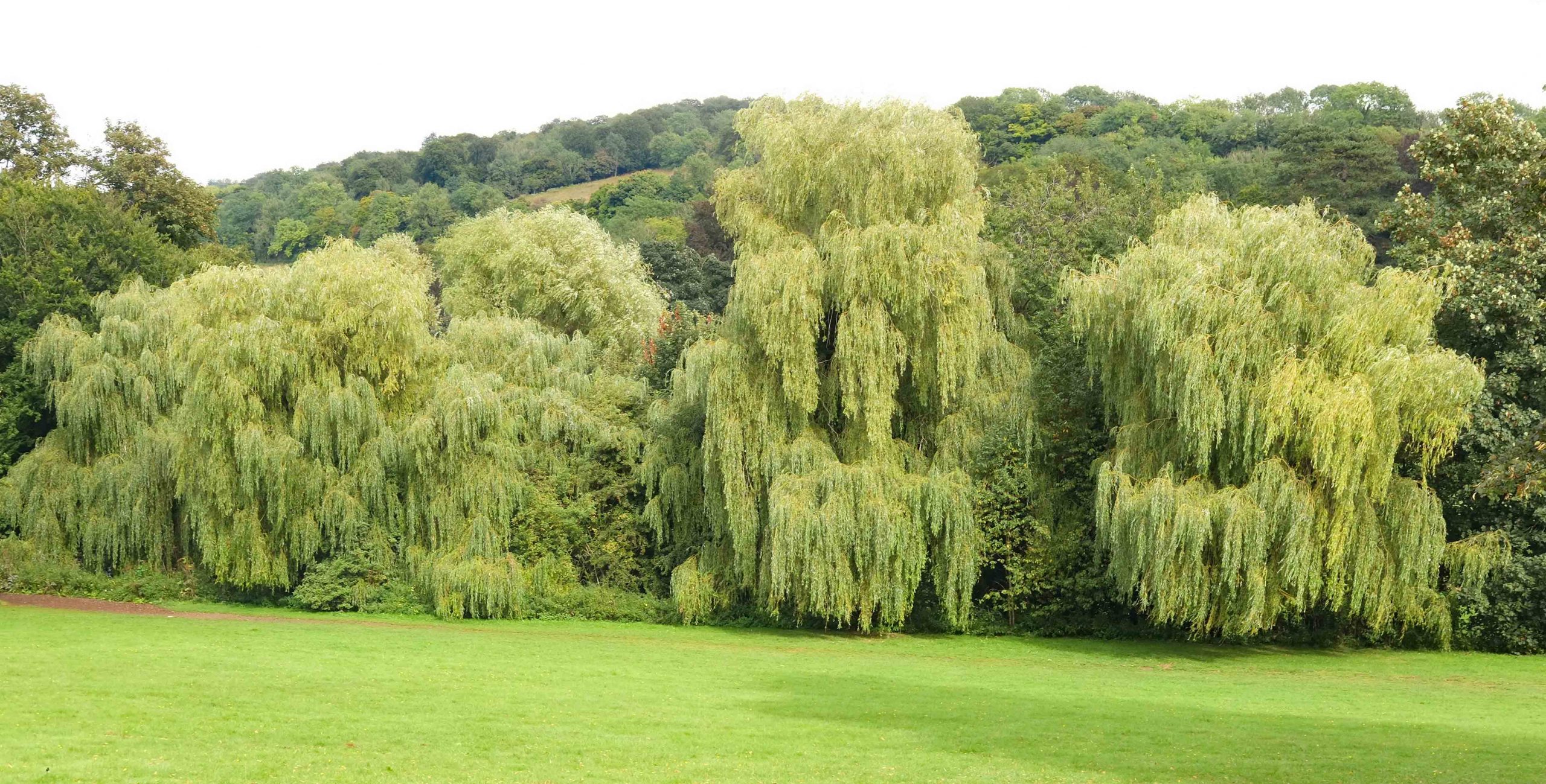 to High Wycombe, via Hughenden Park, where an impressive array of weeping willows line the Hughenden Stream. A perfect walk, despite the weather!