And so we headed off from Hackney Wick, using the most circuitous of routes, to complete the Green London Way: an adventure started in those innocent days of 2019. We soon found ourselves 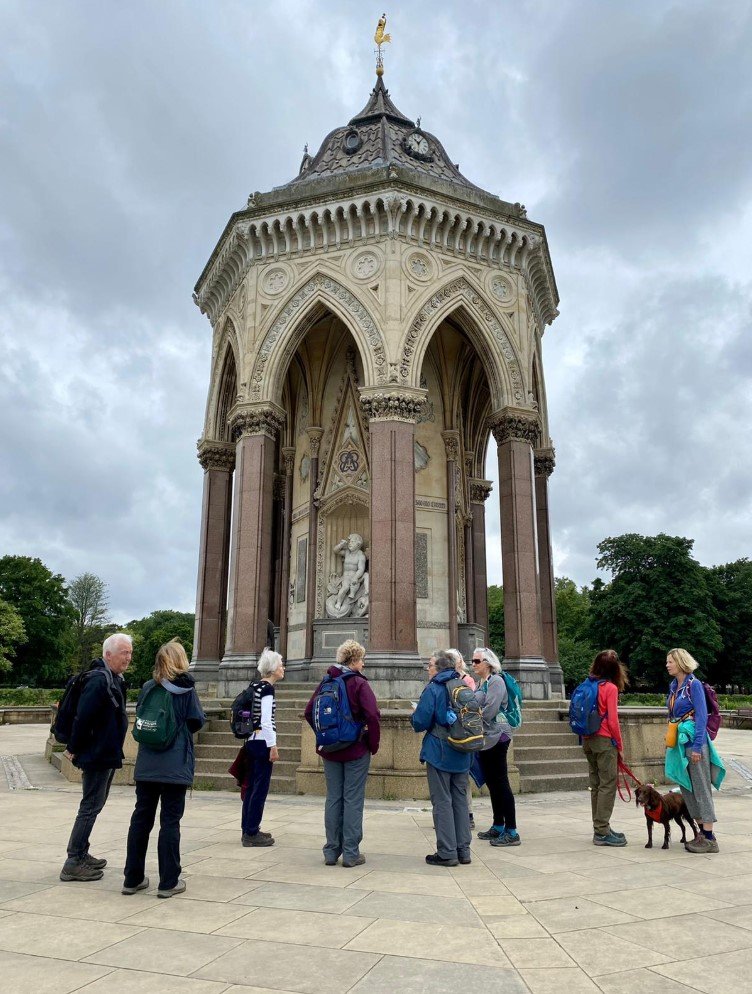 in Victoria Park, and made a beeline to the Victoria Fountains, commissioned by the Baroness Burdett-Coutts to supply drinking water for the masses that thronged the Park. We were impressed by her philanthropy, and by her decision at 67 to marry a 29 year old American, and in doing so effectively disinheriting herself, but relieved to discover they lived happily ever after. We made our way to the wonderfully name Pudding Mill Lane and confusingly named Three Mills there are just two) via canals, rivers, the Greenway, and building sites. It was at the latter where excited walkers who had yet to arrange their Staycations discovered Snoozeboxes: a snip at just £39 a night for a double room.

Just after we had fortified ourselves with lunch we discovered a pensioner friendly trampoline, and invented new moves that required the wearing of walking boots and rucksacks. Someone recognised the potential for a new U3A group. All we would need is a member to donate space in a garden, some funding and quite probably additional insurance … 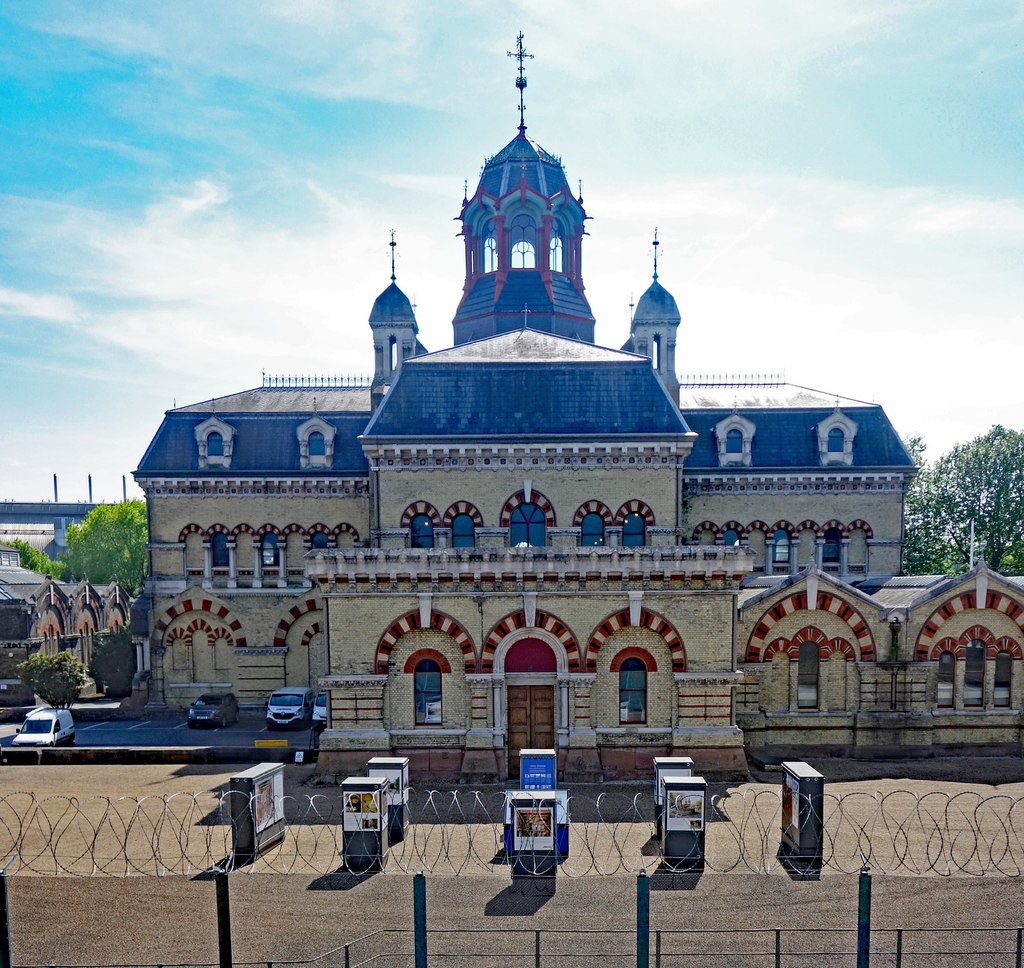 We completed the formal walk by passing one of Bob’s favourite buildings, the Abbey Mills Sewage Pumping Station, and then made our way to the ‘optional extra’ walk in Queen Elizabeth Olympic Park. Passing through dazzling banks of wildflowers, the gorgeous wetlands, we arrived at the London Blossom Garden. An enclosed space with 33 trees (the number of boroughs and the City) planted in circles, wild flowers and benches made of recycled materials, the Garden provides a beautiful and serene place for reflection.We have come full circle. Thank you Bob for designing such an inspiring route, thank you Green Wayfarers for providing such joy on the travels, and perhaps most importantly, thank you to our forebears, who as we have discovered, fought long and hard to preserve green spaces for our enjoyment.