In June members of the Longer Walks Group started the walk close to the ruins of Berkhamsted Castle but soon left it behind as we climbed north along a dry chalk valley to reach Berkhamsted Common. This was the site of a local disagreement now known as the Battle of Berkhamsted Common, brought about when the local landowner tried to enclose the Common and provoked the wrath of the locals. Today it is a very peaceful and soothing area of deciduous woodland disturbed mainly by riders, hikers and cyclists.

Our route took us north-west along the edge of the Chilterns until we reached Tom’s Hill. From here there were beautiful views over the Vale of Aylesbury as we descended into the village of Aldbury. Resisting the temptation to call into the Valiant Trooper, a hostelry with which some of our members are very familiar, we passed Aldbury village green with its mediaeval stocks and duck pond, before completing a steep climb up to Aldbury Common and the grounds of the Ashridge Estate. 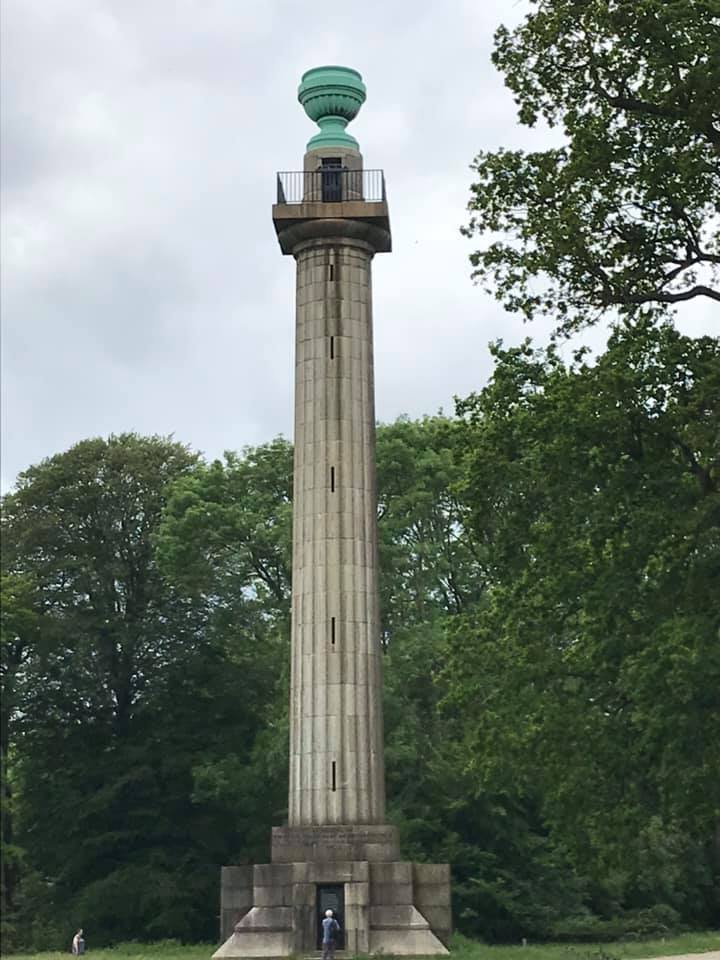 We stopped for lunch close to the Bridgewater monument, (a granite obelisk some 33 metres in height built as a memorial to the third Duke of that name), before following the perfectly straight track known as Prince’s Riding for over a mile before arriving at Ashridge House, once the country seat of the Bridgewater family. Passing the house to the north, we entered the delightfully named Golden Valley, where the fields were carpeted with buttercups, before climbing back up to Berkhamsted Common. 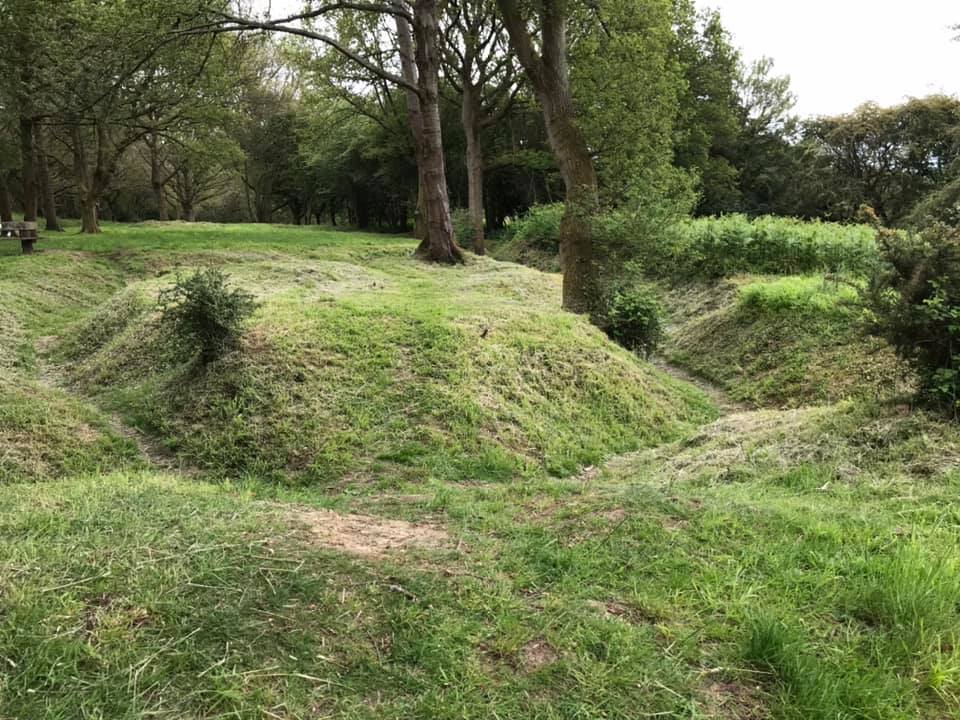 As we made our way back towards the town, we encountered rather an unexpected sight. A WW1 trench appeared to have been excavated on the common, and it had! This area was used as a military training ground during the Great War, with some 12000 troops passing through the area during the course of the conflict. As we rounded Berkhamsted Hill and descended back to the castle, it was interesting to reflect on the amount of English history represented on a simple 10 mile walk.