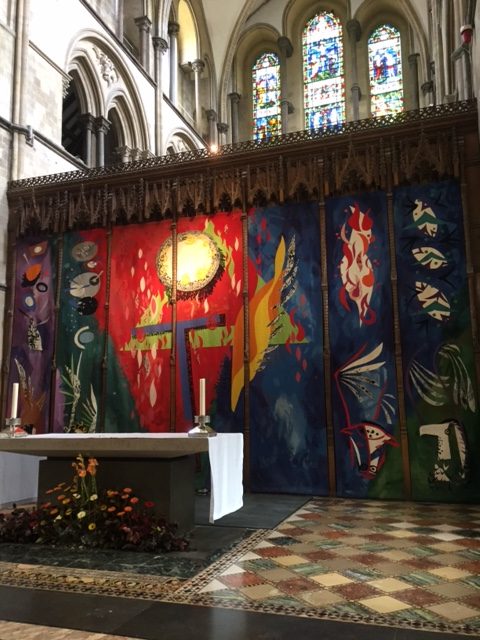 The Outings group had a splendid trip to Chichester, primarily to visit the Pallant House Gallery. We prefaced it with a look around the magnificent 12th century cathedral. The highlights for me, apart from the Norman architecture, being the Marc Chagall stained glass window and the John Piper tapestry.

The exhibition Degas to Picasso – international modern masters was curated from Pallant’s own substantial collection. It showed a wide range of artists and pleasingly many whose work was previously unknown to me. In particular the work of Hans Feibusch struck a chord, with an Expressionist use of colour and an intense vision.

I later discovered he was a German artist, muralist and sculptor who emigrated to the UK in 1933, where he lived until his death just a month short of his 100th birthday. There are over 40 of his murals, mostly in Anglican churches, and many in the Chichester diocese. After his death his estate bequeathed the entire contents of his north London studio to Pallant House. A great discovery for me.