This 10 mile stretch combined two of the shorter stages from the Green London Way to make a viable full day walk, although there were plenty of transport links along the way for those who wished to curtail their walk. We left Paddington Station in bright winter sunshine, leading to us to assume that we were in luck with the weather after a succession of dull, sunless days, but within ten minutes of our journey a spectral mist descended : it was not until we reached the picturesque Western Avenue in Greenford that the sun returned. By this time we had already walked along the splendidly named Golden Manor and under the Isambard Kingdom Brunel’s magnificent Grade 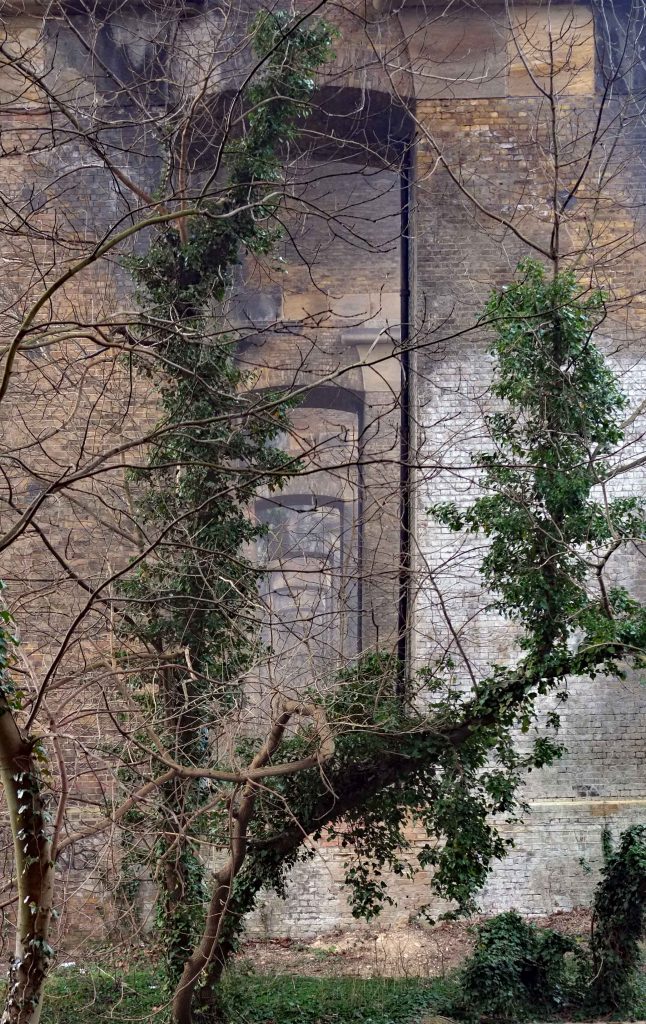 I listed Wharncliffe Viaduct, built in the 1830s to carry the Great Western Railway over the Brent Valley. The walk took us into Brent Lodge Park, where we could not resist tackling the Millennium

Maze, before making our way past a small zoo (no animal activity discerned) to St Mary’s Church, one of two buildings designed by the prolific Victorian architect George Gilbert Scott to be seen on our route. Leaving behind the noise of Western Avenue we crossed Perivale Park and followed a stretch along the Grand Union Canal. Reluctantly leaving the peaceful

waterway we climbed our way to our lunch stop in bright sunshine at Horsenden Farm, a community garden and orchard set in the grounds of a Victorian farmhouse, with craft brewery attached! We needed a good rest to build up our energy levels to tackle the hilly parts of the walk, Horsenden Hill (279 feet, 85 metres, Sudbury Hill and Harrow-on-the-Hill (426 feet, 130 metres), where we stopped at a cafe for refreshment and observed young men in smart school uniforms carrying straw hats. 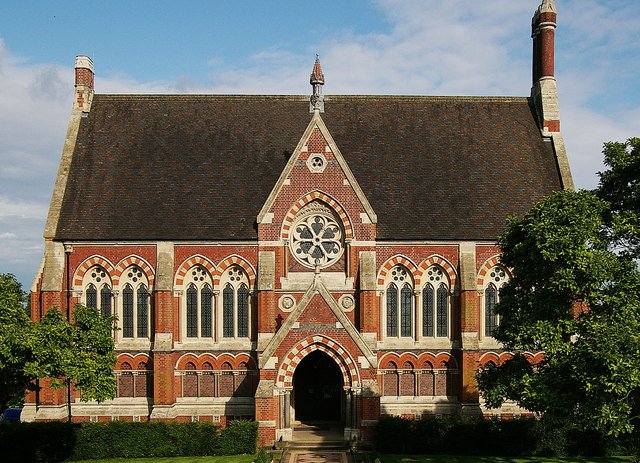 Here we also encountered our second George Gilbert Scott building, Harrow School’s Vaughan Libary, a minor masterpiece of High Victorian Gothic architecture. By now it was time to begin our descent down Football Lane to the school playing fields into Northwick Park and finally to our destination, South Kenton Station for the journey home.